You have to love the feeling driving classics. Thanks to Forza Motorsport 7 and Turn10 and their input, we can enjoy the new grandpa’s favorite racing models. Turn 10, after their successful past updates, have finally decided to give the community the Livery Editor update, which appears to be one of their favorite features.

As a celebration of the new racing models, Turn10 has published a new trailer including all the March vehicles. Below you can watch the trailer:

It is a bit annoying that we receive another SUV, even though it’s only one in this pack. It appears that not just me, but the whole community doesn’t like to get them in the car packs. Instead, they are eager to get new racing vehicles from today’s era, and as a good listener, Turn10 should contribute towards that. However, below you can find the full details regarding the changes of this march update:

While the race host can choose any of the above data loops to cycle through during a race, they can also choose to leave the data loop running through all data types. During this loop, the ticker will also feature additional information including leader and last lap time, as well as updated best lap information. Lobby hosts have the ability to choose which car they want to start the race on – this selection is part of the pre-race Seed the Grid screen available to lobby hosts.

Learn more about the race and each individual driver competing with the new Telemetry screen. Only available when spectating races, the new Telemetry screen has been redesigned to work better with the in-race broadcast footage. Off by default, this Telemetry screen is manually engaged by the spectator and features a host of data that players can use to enhance their understanding of each driver. Spectators can scroll through numerous screens here including:

With the March update, we’ve been listening carefully to what Forza 7 players – and in particular Forza 7 painters – have been saying. With those suggestions in mind, we’ve introduced several new features in the livery editor designed to improve the creative lives of our painters. Here’s a closer look at the new functionality:

Players can now mirror select layers to the other side of a vehicle. The Layer Select Menu can use mirror functionality on the following configurations: Single Layer, Single Group, or a Group of Selected Layers and/or Groups. All options can have a manufacturer decal present in them. Manufacturer decals are transferred to the mirrored position but are not flipped.

Players can now quickly and easily flip/mirror layers horizontally or vertically. The Layer Select Menu now has two options: “Flip Horizontal” and “Flip Vertical”. Selecting them will perform the flip operation on the following configurations: Single Layer, Single Group, or a Group of Selected Layers and/or Groups. NOTE: This will not work for any of the above if they contain a manufacturer decal.

Players can now select a “Flip Option” modifier from the Layer Position Screen. This has been added to the Help bar and the shortcuts are:

Holding in the Flip Mode modifier, and then editing the layer using Left Stick/Cursor Keys/Mouse, will flip the layer in the axis the user moves. The system allows the player to move the stick in any direction and is smart about choosing that as the user-intended flip mode. As with the Layer Select Flip operation, this is available for Single Layer, Single Group and selected layers or a Group of Selected Layers and/or Groups. NOTE: This will not work for any configuration that contains a manufacturer decal.

Players can take advantage of a new “Snap Mode” modifier which is available any time a player is editing a layer in the Layer Position Screen. This has been added to the help bar and the shortcuts are:

(In keyboard/mouse CTRL by itself = Slow Mode and SHIFT by itself = axis constrained faster mode.) Holding in the Snap Mode modifier, and then editing the layer using the Left Stick/Cursor Keys/Mouse, will snap the values as follows:

This Snap Option is available on all layers, groups, and selected layers/groups.

These favorite colors are now saved to the user’s profile and can be accessed across Livery Editor sessions in the game.

Hello, fellow readers! If you want to get in touch with us and participate in our discussion boards, make sure you visit our Forums. We are more than sure you will find something useful there, as most of the news are coming in there first. The forum is new, so be among the first ones to say Hello!
Tags
Forza Motorsport 7 Turn10 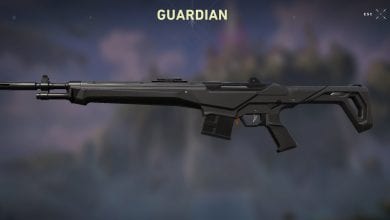