As now confirmed by Niantic, Mew is the next new, Mythical Pokemon that will be joining us, but only if we finish specific Field and Special Research tasks. These tasks will go live on Friday, March 30, and Pokemon Go players from around the world must spin PokeStops in order to receive objectives, battle and catch specific Pokemon and help Professor Willow on his journey.

These tasks can be completed each day, without a limit, and players will earn rewards for their hard work. For each quest, players will be granted a Special Stamp and those who will collect seven Stamps will achieve a Research Breakthrough – more rewards and encounter with a Legendary Pokemon. In addition, the harder the quest is, the greater the reward.

This all leads to discovering a new Pokemon, as the grand prize, the Psychic Type Mythical Pokemon Mew. For that matter, I’ve made a list of Mew’s stats, quick and charged moves, as follows:

What is even more interesting is the fact that Mew is able to learn a move from any other Pokemon Type. This means that Mew can be optimized the way you like (just don’t forget to save charged TM’s), and if you’re having a hard time to beat one of the Raid Bosses, just learn the best move against that specific Raid Boss and you’re all set.

Will Mew be one of the strongest attackers ever seen in Pokemon Go? Well, we don’t know yet, but having this Mythical Pokemon in our Pokedex will be great!

Take a Look At some screenshots of PUBG's new 4x4 map 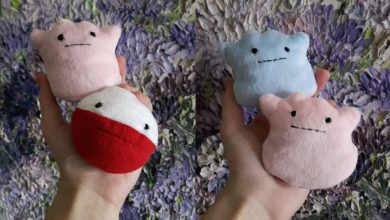