Bluehole has announced that new changes are coming to PUBG. This time, they’re aiming to sincerely lock cross-regions game, which means no Asia will be available to play on EU and US, or vice versa. Well, it was about time.

Previously, if you remember well, we have mentioned that a new piece of code was supposed to lock regions, where lower ping players would connect faster than others. It missed the whole point of region lock, and players were still able to play cross-region.

Well, as a recovery, Bluehole has finally decided to change things when it comes to cross-region gaming, and will now correctly deny players to play on different servers, especially when not in their continent. The community has finally been heard. Players can continue their pleasant PUBG journey the way they like, without being harassed by high-ping enemies.

As they have stated:

One of the solutions we are considering is operating servers so that only those players who reside in that region can connect and play. These servers will be made invisible to players residing in other regions. But, at the same time, if a player in an exclusive server region forms a team with a player from another region, they can connect to and play on any of the servers available to either of them.

This change shall contribute to much fairer gameplay, a smoother one, and a whole new level of a gameplay experience. The numbers are in our favor, and Bluehole has even more surprises to show.

That being said, new weapon skins have been introduced on the #8 patch list, including some tweaked drop rates regarding crates and cosmetics. Players will be able to customize their weapons the way they want. We think that Bluehole had to lock regions before any further release of cosmetics because it would’ve gone too far for the community. Thankfully, we sit on the same page at this moment. 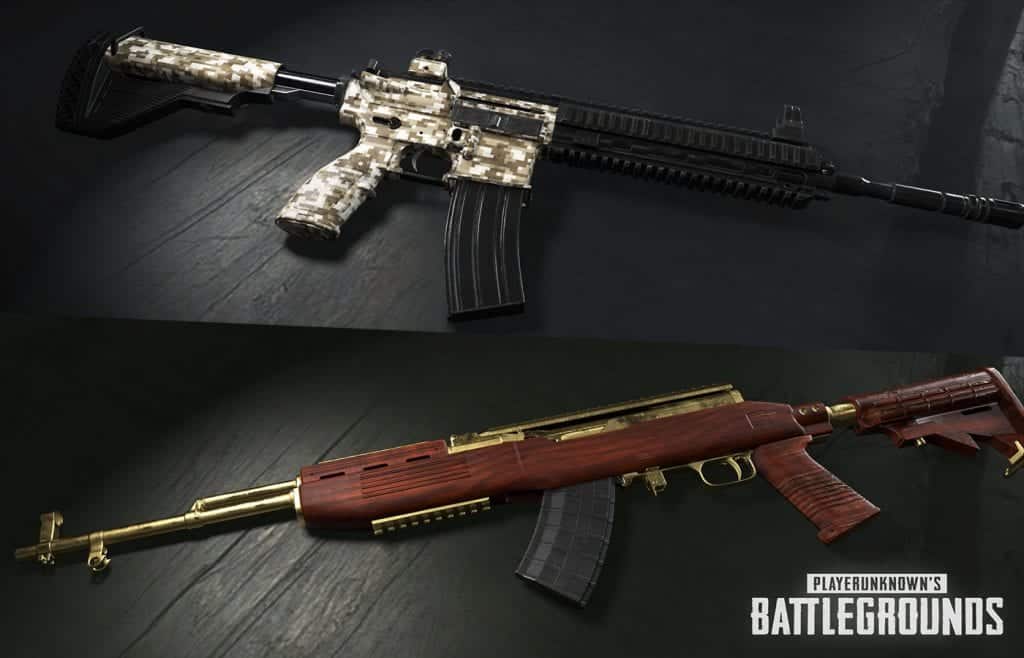 While all of the changes are currently available on the Test Servers, we cannot wait to see them on the live. Last but not least, below you can find some of the Bug Fixes Bluehole announced:

Take a Look At some screenshots of PUBG's new 4x4 map