Well, we all have filled up our needs with Sea Of Thieves and can easily acclaim its successful start. However, despite collecting chests, animals, and further grinding in Sea of Thieves, we have all been asking ourselves how the Kraken looks? We have to admit and give it to Rare and Microsoft because that thing seems more than scary. 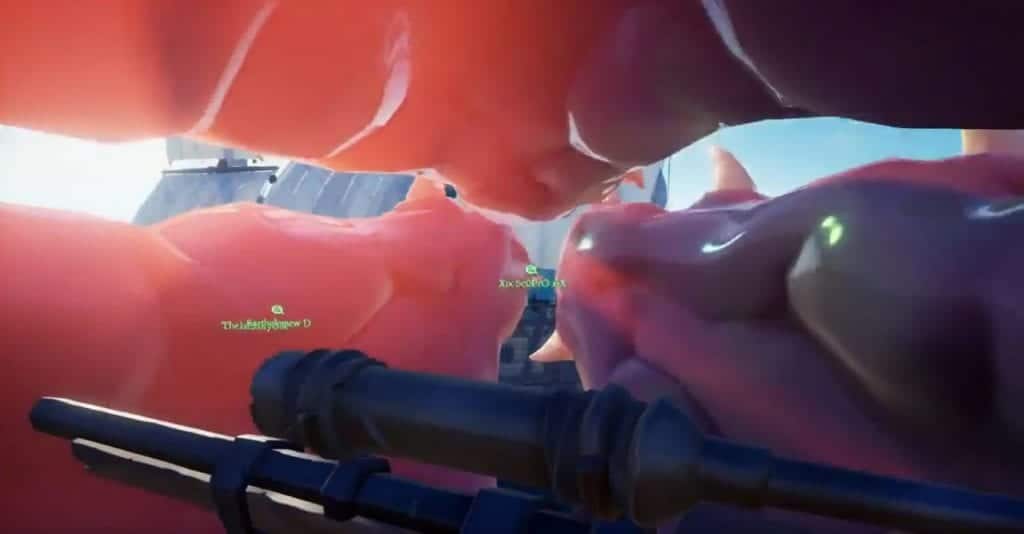 Since its official launch, players have had the chance to encounter the first Kraken, and as notes speak, it appears that the more gold you carry, the more you attract the Kraken to eat you! Yep, you’ve heard it. Now, many players haven’t yet found how the rare creature and its scary tentacles can swamp you out of your ship, but we got some among the first.

A Youtuber, super21314 and his crew of pirates have recently encountered the Kraken himself. Judging by the video, the tentacles that are spawning around the ship can also sniff the team on the ship, for which we find to be quite an exciting feature.

You can watch the encounter video down below:

It is quite amazing to discover the Kraken and be among the first one to do it, as it both looks scary and contributes a much funnier game’s scenario, for which Sea of Thieves is known for. Since its Open Beta, everyone knew there would be a Kraken for which we can finally witness. The encounter on the other side, it is beatable. Players need to settle down his mechanics and beat the tentacles.

Even if it looks like a scary encounter, it is straightforward to beat, and after a short fight, you will get rid of the tentacles. However, players should prioritize the tentacle that’s holding a fellow pirate before others. In the video above, it’s shown that after killing that tentacle will free your teammate.

Be careful of the Dark Waters!

Angel Kicevski Follow on Twitter March 20, 2018Last Updated: March 20, 2018
0 1 minute read
Facebook Twitter LinkedIn Pinterest Reddit Telegram
Facebook Twitter LinkedIn Pinterest Reddit Telegram
Hello, fellow readers! If you want to get in touch with us and participate in our discussion boards, make sure you visit our Forums. We are more than sure you will find something useful there! The forum is new, so be among the first ones to say Hello!
If you are a video game developer and you have a submission to make, you can mail us at team@futuregamereleases.com