There are reports that the Pokemon GO players who do not play the game often, started receiving emails that offer rewards if they return to the game. This is a good plan from Niantic because it will lure the players back in the game and make them explore new features.

In the previous days, active Pokemon Go players also started receiving these kinds of emails. The email contained a promo code that could be redeemed for three egg incubators and a lucky egg. 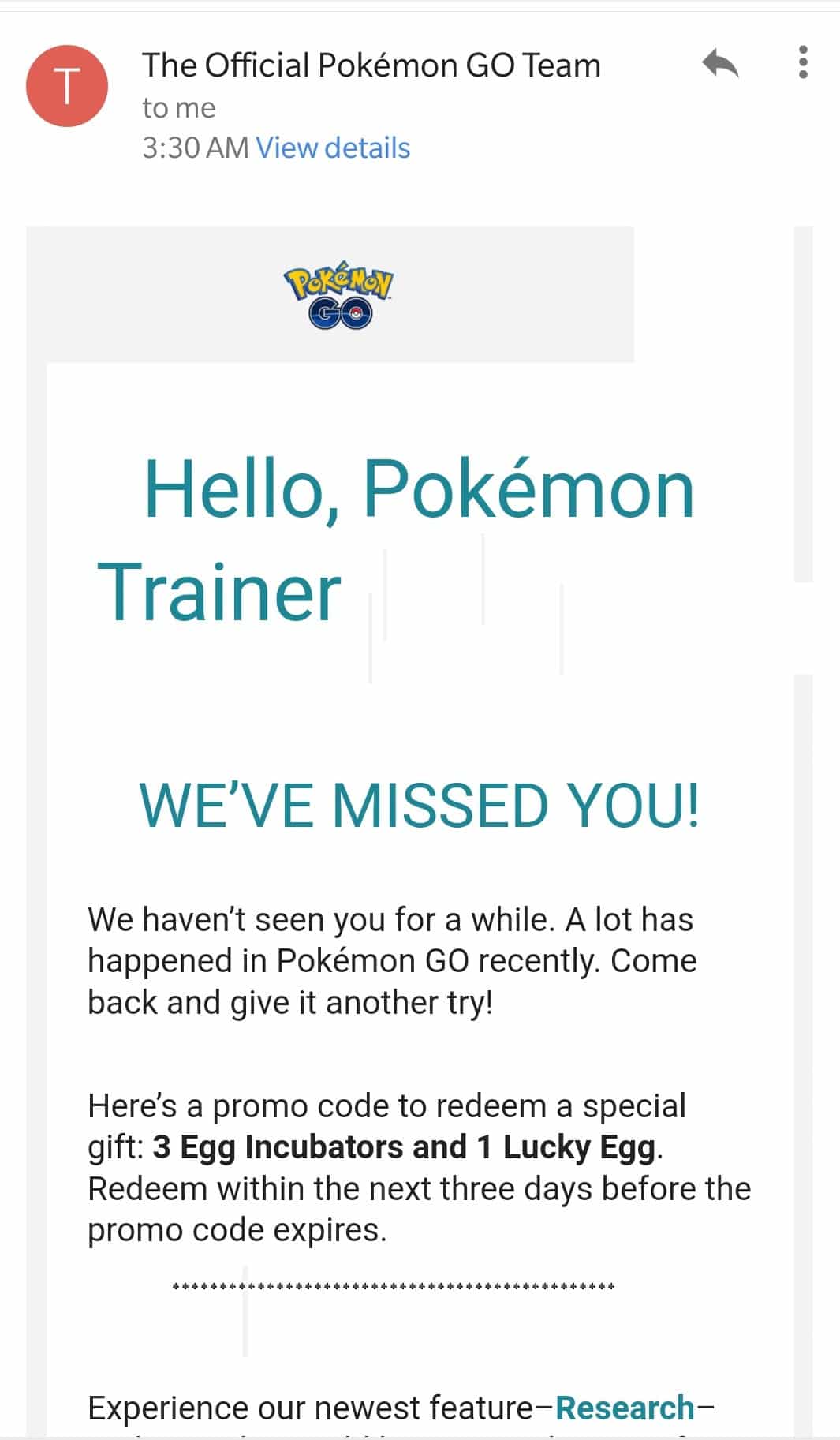 The theory for this is that many of the active players that received this email linked their accounts to Facebook when the feature became available. They stopped using the old login method, so the system considers them as inactive and sends them an email.

And of course, when everybody realized this, players started switching login methods so they can get gifts from Niantic. It is quite possible that they will get one or two promo codes before Niantic solves this problem.

If you do want to do this, we highly recommend to switch login methods now and wait for that email which is supposed to come in about two weeks.

Just heads up, if you were a PTC user, log into that account and claim the code.

We will update this post as soon as we get more information.

PUBG's WAR Event Mode is quite impressive, the best event a player could ever get