The God of War anticipation is somewhat on a higher level than ever before. The game is set to release on April 20th, and we have suddenly started receiving a new gameplay content. PlayStation has published the new gameplay footage in a video material on their official Youtube Channel, showcasing trolls and more.

Despite the previous God of War story mode, this one is yet to become everyone’s favorite in the mythology-based game series. As a hack and slash game, God of War and all the footage presented so far concludes its real background meaning. Sony’s next PS4 exclusive is coming out very soon, and nothing else than success can follow. So far so good, now let’s see them Trolls.

For what we know so far is God of War, unlike the previous series, will include an improved camera and a whole bunch of breath-taking environment and mechanics. That being said, the Camera Shake looks a bit more realistic so that players could taste the meaningful fight mechanics.

The trolls are yet another factor to discuss, as some of them will appear to be rare and named characters in the game. Each Troll will have a completely different backstory, look, and different attack animations attached to themselves, so players behind the screen will receive a right amount of challenge to conquer.

They also speak their scripted language which no one understands. There are numerous of games adding a bit of hidden content to their games so players could dive into the story a bit deeper and with a different approach. After all, with its mythologic material and background, it’s quite common to witness this sort of feature.

Let’s not forget about Kratos’ weapon. This time he has its scary looking Leviathan Axe. The iconic blades of his are no longer in his possession, and the Axe looks more than capable of doing the job. Without further ado, you can watch the gameplay trailer below, Kratos’ new and devastating attacks, which according to many are the goal to turn Trolls into an oblivion.

God of War is coming out on April 20, and we’re more than ready to follow its appearance.

Hello, fellow readers! If you want to get in touch with us and participate in our discussion boards, make sure you visit our Forums. We are more than sure you will find something useful there, as most of the news are coming in there first. The forum is new, so be among the first ones to say Hello!
Tags
God of War playstation 4

Fortnite is now available on iOS for everyone, Coming on Android Soon 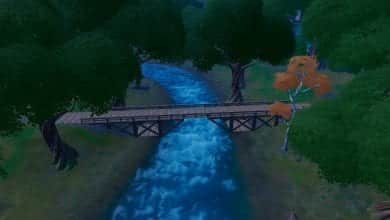