Tencent, the “giantest” giant in China, has decided to launch a new mobile game which is going to be available on Android and iOS. Such a phenomenon will probably exist nowhere but in China, at least for the time being. The game will merge Pokemon Go and CryptoKitties, and it’s called Let’s Hunt Monsters. 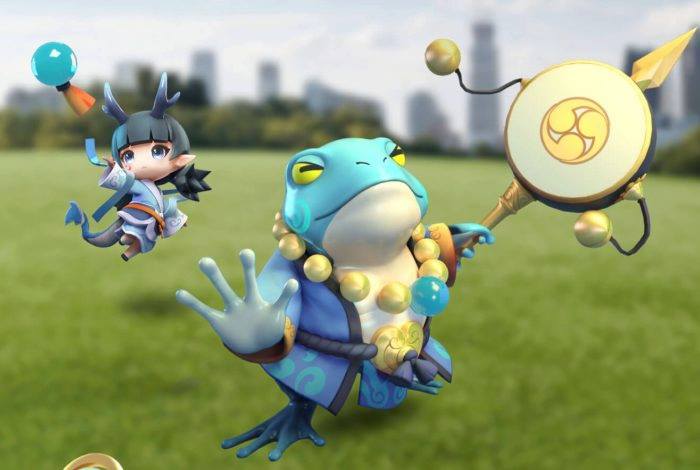 This does mean it will offer the very same mechanics as Pokemon GO has, embracing players to travel, find and hunt virtual monsters untiredly. The announcement happened on April 23, when Tencent unveiled the blockchain game, entitled in Chinese “起来捉妖,” which translates to “Let’s Hunt Monsters.”

Let’s Hunt Monsters will launch on Android and iOS in early May, and surprisingly, over 3.4 million players have already pre-registered. We do believe that everyone’s eager to experience the gameplay, which again, will be something similar to what Pokemon GO already offers.

A combination of mechanics from two different games (catching monsters by throwing a ball at them), but instead of just appearing on the screen, players will have an extra ring bell which is going to reveal nearby hidden monsters. Monster Power Up will most likely be available in the game, such as evolving.

You can find the teaser for Let’s Hunt Monsters down below, posted by China Channel:

According to Tencent, there are currently 243 monsters in the game, and some of them overlap with what many favorite games offer nowadays. The only difference in here will be the ability to trade between them and also give birth to up to 110 billion digital kittens. It is considered to be quite a special and unique feature that Pokemon GO already misses.

As you all know, Pokemon GO is hard to experience in China. Therefore, this would suit the Chinese players quite well. It is always good to see something new, and since we’re talking about Tencent, we’re more than sure that it will outperform any other similar Chinese mobile game.

Hello, fellow readers! If you want to get in touch with us and participate in our discussion boards, make sure you visit our Forums. We are more than sure you will find something useful there, as most of the news are coming in there first. The forum is new, so be among the first ones to say Hello!
Tags
Let's Hunt Monsters Tencent