After many controversial discussions regarding the weapon balance, weapon damage, tweaks and more, it appears that Rare has finally decided to bring a new update to Sea of Thieves. Patch 1.03, with a size of around 1.2 GB on all platforms is undoubtedly here to improve the gunplay, including a substantial change regarding the Aim Down Sights.

The Aim Down Sights changes are here to make the aiming more efficient, giving skilled a room for improvement and turnaround various of situations in their favor. It has been the kind of change that has been needed for so long. This change is available only on the PC version, and the scroll-wheel (up and down) is now bindable in the control list.

In addition to the ADS improvement, the update fixes an issue that was preventing players from equipping their secondary weapon. Concerning the gun balancing, it reduces the Blunderbuss Damage and increases Eye of Reach damage.

As the patch notes discovered, this update not only improves the quality of the game but also enhances the server-client performance and should minimize the number of crashes players had.

Below you can find further details regarding patch 1.03:

It appears that after a long time the developers has finally started hearing the community and developing according to their needs. It is always nice to judge such an event, as it is how it’s supposed to be in any other particular game. 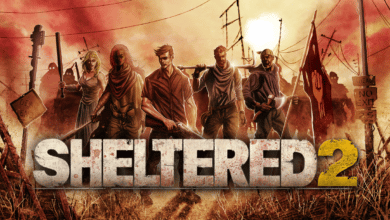