Developer Epic Games has revealed their new theme in Fortnite. Namely, the long-awaited and highly anticipated theory crafted event of a Meteor crashing on Fortnite’s Map has finally occurred. The Meteor has hit, and it has made a lot bigger impact than everyone thought of in first place. Fortnite Season 4 is now available, and it includes new and exciting content to discover.

Season 3 was the actual season of revealing the hints made by Epic Games, for which now it confirms the total outcome. The game’s iconic map and some places transformed into something new. Among the struck areas, there is Tilted Towers as well, despite the fact later in season 3 players discovered that the impact would happen in a slightly different spot. Well, both of them right and wrong, since Tilted Towers has tasted some impacts as well.

“Brace for Impact” starts the new Fortnite Season 4, and we’re looking forward to discovering what else is going to bring. It is still early in Season 4, so we’re sure there will be multiple discoveries by players.

Back to the Meteor impact. It appears that it has struck in Dusty Depot, leaving a vast impact crater. The name of the zone has changed from Dusty Depot to Dusty Divot, making players even more eager to discover the new content it offers. Among multiple changes, there are new glowing rocks on the ground, and apparently can be consumed by players. The rocks will grant them low gravity for some period, allowing them to jump higher and move faster.

Now back to Tilted Towers, the location for which everyone believed it would be the originate victim. The place has suffered a smaller meteor impact and has destroyed some of the buildings. It looks quite devastating, but also a fun area to explore since it is changed.

Among multiple other things, Season 4 includes new types of challenges, allowing players to gain some new cosmetics after completing them in time. Epic Games has undoubtedly done a fantastic job with the new 4.0 patch. If you’re eager to find out all of the changes and new features, you can check them out by clicking here. 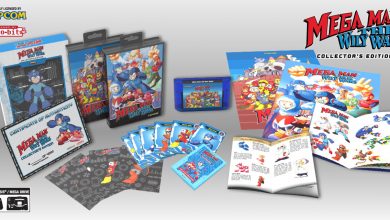