We have to admit that sometimes Reddit is the strangest social website you can ever visit. You can find everything, including various of rumors that in the end turn out to be true. Well, there has been a new rumor regarding Star Wars: Battlefront 2 and its publisher, EA. Spoiler alert, the whole story may strike a nerve or create a high-density frustration.

There has been a random person who PM-ed another user on Reddit, which resulted in creating this Reddit thread. Now, we do not know how legit the whole story is, so take this with a grain of salt before moving forward to a conclusion. Either way, if it turns out to be true, you can conclude that no matter how long you’re postponing the community’s needs, you cannot defer developer’s hearts that have been working on Star Wars: Battlefront 2.

From the statement, you can easily understand that EA is entirely giving up on their Star Wars: Battlefront 2 and pushed developers to work on another AAA title. Presumably, Anthem, but still, there’s not enough evidence to conclude this as it can come out of any mouth. The original writer tried to confirm all the shared info is legit by leaking unreleased image from Princess Leia wearing a new outfit. You can find the picture below, which came in a full resolution and all the content was most likely cropped. 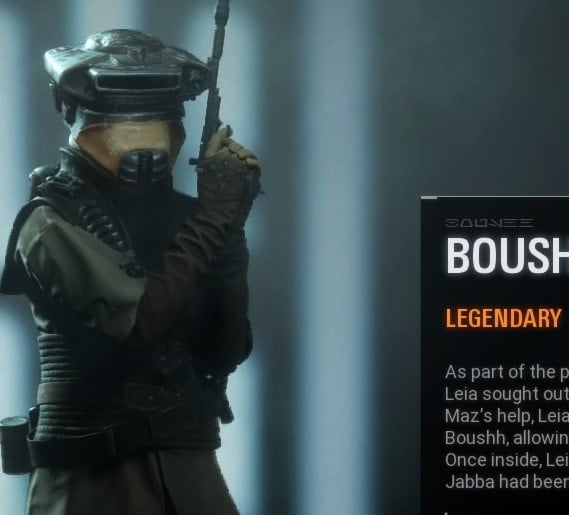 Anyhow, this doesn’t feel right for the whole community. Making a bold move will undoubtedly anger many faces that love Star Wars as a whole, and increase the level of frustration towards EA. Especially after the controversial loot boxes feature since launch. Namely, the “developer” (or the unknown guy trying to be a hero) has also claimed that EA is still planning to include microtransactions in every other game of theirs. As a publisher, they have the rights, and they will fully oblige into bringing more “balanced” microtransactions, despite on the new strict regulations by Belgium’s Gaming Commision. Nevertheless, inserting various pay-2-win schemes in a game will only make the community suffer.

Claiming that DICE is the only one working on Star Wars: Battlefront 2 at this very moment, he found that not any single bug can be fixed but postponed. Only said, they do not know where to look in the code to get rid of them. Well, all in all, the only thing we could think of at this very moment, of course, if all of this turns out to be true, it’s Anthem. That’s the only upcoming AAA video game that has a huge potential, where EA is the publisher, but BioWare is the developer.

If you think this doesn’t make any sense, then you can decide on your own by witnessing both the game’s engine in which are being developed. Star Wars: Battlefront 2 is using Frostbite, while Anthem is developed in Frostbite 3, which is a more advanced version of it. Then, the story settles and is most likely to come out true.

At last, the devs also appeared on the same Reddit’s thread providing an answer, which did not provide any confirmation or denial of any sort. Well, what do you think people? Truth or Dare, share your thoughts in the comments below.