Early after launch, the game has lost a lot of pre-dedicated players due to lack of content. Rare has served the same material they enveloped over the closed beta. Well, it is time for some changes, as Rare and the developers behind Sea of Thieves have transparently stated that they’re continuously working on developing new content.

For a game’s with that high selling records, which became one of the best selling Rare’s title, having a severe caliber of lack of content it’s unacceptable. Not only Sea of Thieves, but many others have faced the same destiny and moved on since. Well, in this case, it will be the total opposite since Rare is preparing to release new content in Sea of Thieves.

The early launch success has dropped into waters, and now the game is aiming to provide content that can be overwhelmingly positive in the eyes of the players. Therefore, the developer’s aim in improving Sea of Thieves in the long term is becoming a reality.

Thanks to the Hungering Deep, which is the first additive game content, players will be introduced to a new story campaign and various of tools over their course of gameplay. Do not forget about the new cosmetics, as there will be plenty of them as well.

In a recent WindowsCentral interview, Sea of Thieves, the developer’s mystery remains untouched as they want players to discover anything new to the game on their own. For instance, the new monster that could be encountered, such as the previous one, the Kraken, which unveiled the beauty behind the excitement and challenge when was being discovered by regular players, for which it spread among the world fast as a plague.

What’s most important now is that four teams are working and ensuring for the greater good of the game. This is expected to come in a fashion manner and turn the action-adventure genre into pure realism.

Hello, fellow readers! If you want to get in touch with us and participate in our discussion boards, make sure you visit our Forums. We are more than sure you will find something useful there! The forum is new, so be among the first ones to say Hello!
Tags
microsoft Rare Sea of Thieves 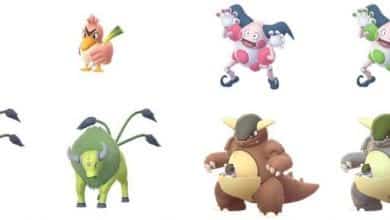