World of Warcraft Battle For Azeroth’s Pre-Patch has begun deploying on the NA region. Therefore, players have gathered to pay tribute to WoW’s previous expansion, Legion. It’s been left to praise the achievements and all the content that Legion gave us, and we have to accept the upcoming changes.

Towelliee, a famous World of Warcraft Twitch streamer has managed to gather a whole army in Dalaran. Hundreds of people have paid their respect to Legion by stating a warm farewell. Below you can find the video:

“Legion was hands down one of the best expansions” – Towelliee said.

Battle For Azeroth’s Pre-Patch has already started working on the game’s core files on NA and has also changed the login screen. However, despite that, nothing else has changed as players need to wait for eight more hours for the 8.0 pre-patch to completely arrive. Until then, see you around.

Hello, fellow readers! If you want to get in touch with us and participate in our discussion boards, make sure you visit our Forums. We are more than sure you will find something useful there! The forum is new, so be among the first ones to say Hello!If you are a video game developer and you have a submission to make, you can mail us at team@futuregamereleases.com
Tags
Battle for Azeroth Blizzard world of warcraft 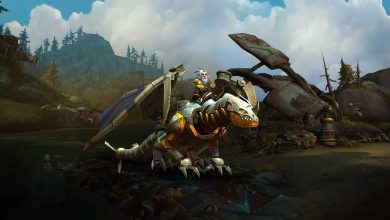