There are a lot of people that do not even know that I wanna be the Boshy existed. It was created a long time ago and to be honest, for a 2D platformer, this game is full of tedious obstacles that are going to drive you crazy. I wanna be the Boshy is a pure pain of a video game, and its difficulty is mindblowing. I’ve given up on the game, but from time to time I tune in to watch Forsen on Twitch because he’s doing a Boshy playthrough. 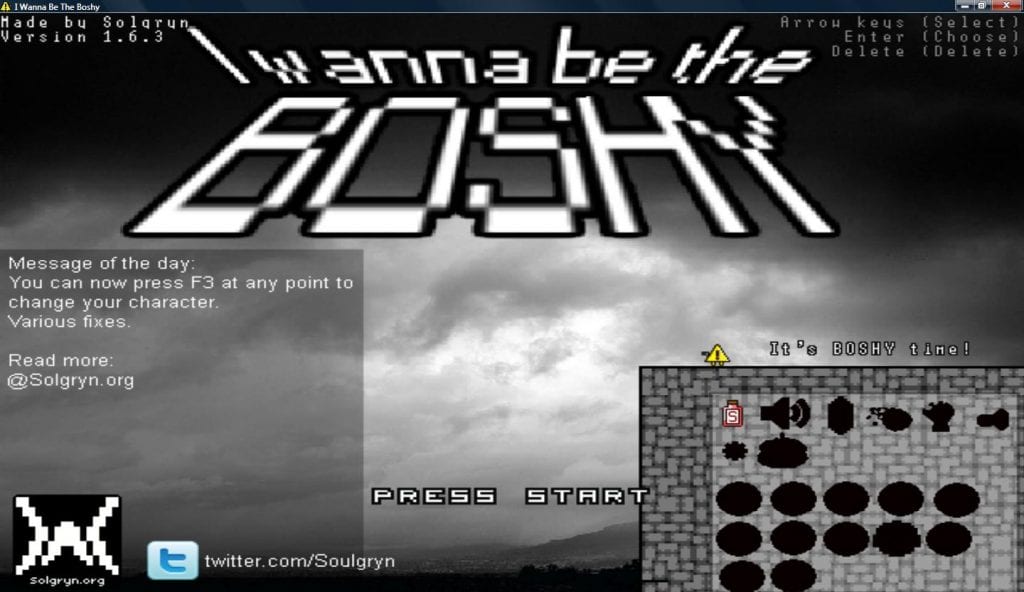 To be honest, it’s probably the mindset or that different mentality that streamers have. On our side of the screen, we have our opinions on how the obstacle should be played. However, the streamer has his moveset that is about to be executed. Then, in the next couple of seconds, dead.

As they’re riding the almost infinite death loop, people give their own opinions. However, most of the streamers are stubborn to adopt any of the bits of advice, and therefore it’s common for us to get frustrated even more since the streamers are not listening to our input.

If you haven’t tried I wanna be the Boshy, then you should try it out. If you’re a tryhard gamer with a high IQ and gaming skills, then this game may bring you a bit joy during the day. Moreover, it would break your heart and make you punch everything you see during the day.

Hello, fellow readers! If you want to get in touch with us and participate in our discussion boards, make sure you visit our Forums. We are more than sure you will find something useful there, as most of the news are coming in there first. The forum is new, so be among the first ones to say Hello!
Tags
I wanna be the Boshy

Every Sea of Thieves Future Content will be Free of Charge

Death Stranding is coming to PC, no longer PS4 exclusive