A new Battlerite phenomenon is about to be born. For a MOBA game of its existence, Battlerite will be the first ever to create a Battle Royale mode. The Closed Beta is undergoing, and so far we can tell that it surely has fascinating sensations, which simply said it makes it look unique. 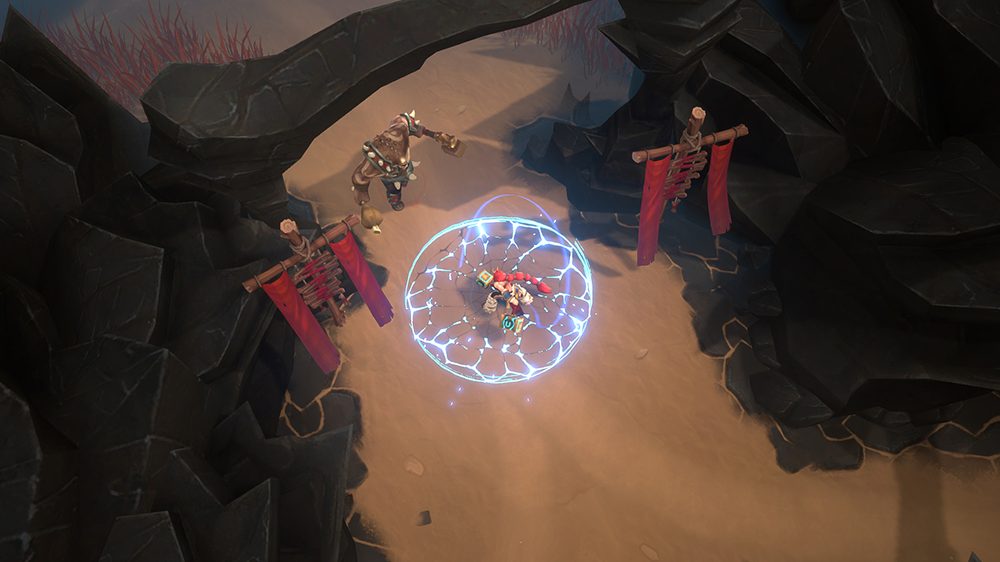 Unlike the other BR games, this one will offer players to get head-start by simply purchasing the most important items from the island vendor. The property of having an advantage by realizing your opponents in the lobby simply gives the experienced players a chance to pick up the right boost.

After you jump on the island on which the crucial battle is ongoing, players will have a chance to loot the area and find various items of different rarity. Looking at it from a gameplay perspective, the Champions will use the very same abilities as in the core game “Battlerite”.

The other mechanics of the BR are pretty simple, such as killing an opponent will drop all his loot, which will help you as a player grow even bigger in the current session.

Now that the closed beta is ongoing, players are facing a huge queue time, which actually prevents them from having a pleasant gaming experience. However, this is about to be fixed as Stunlock Studios is still in a phase of preparation, instead of releasing the full version of the game. Feedback is important, so if you dwell in this genre in Battlerite, make sure you speak up and give the developers a couple of words.

Hello, fellow readers! If you want to get in touch with us and participate in our discussion boards, make sure you visit our Forums. We are more than sure you will find something useful there, as most of the news are coming in there first. The forum is new, so be among the first ones to say Hello!
Tags
Battlerite Battlerite Royale Stunlock Studios