If you have been paying attention, Riot Games has probably been hiding but also hinting on a next possible video game. The developer is somewhat teasing its fans and supporters with new images, strange question and most importantly, never stopped doing that.

Back in July, Riot Games co-founder, Marc Merrill, has openly asked the world population if Riot Games should focus on building a MMO title. Inside of his tweet, the whole map of League of Legends which could also be found by clicking here. The official tweet however, can be found below.

Should we build a MMO? Yay or nay? https://t.co/doZs8zkLNX

After this, everyone raised its opinion and questions regarding the very same, posting a question in the very last episode of Ask Riot. The video can be found below:

At the end of the video, a question wording “any larger, other games someday” was posted and answered. One of the representatives stated it’s a mystery, while the other one clearly stated yes, which implies that there is definitely something in the works.

Knowing that the current map is huge, it could be used as an asset to an Open World MMORPG video game filled with lots of mysteries and exceptional lore. However, there are more disbeliefs than beliefs, simply because of the current success of Riot Games with their League of Legends. The MOBA has a very good standing, which could be served as an indicator that Riot Games is not that pinned down into making a new video game.

However, these questions and teases are there for a reason, and hopefully, that reason is a brand new MMORPG video game.

Hello, fellow readers! If you want to get in touch with us and participate in our discussion boards, make sure you visit our Forums. We are more than sure you will find something useful there! The forum is new, so be among the first ones to say Hello!
Tags
league of legends Riot Games 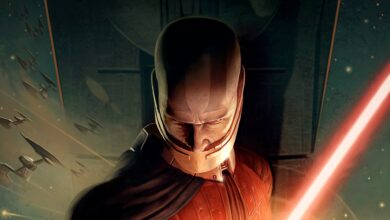