It seems that Battlefield V is far from a success. EA’s product most likely already failed, as we can conclude the very same by the low popularity and views. After multiple advertisements and hiring streamers, the game is still at the same level and it’s sinking even more. Therefore, the answer to all of this they try to equal it with a free-to-play period.

On the other side of the story, the series of failures by EA is nothing else but a stone aged company, not paying attention to the current market. Nevertheless, a free-to-play period won’t do anything particular. This has been published on their official Twitter, and now, the game can be played for free. It was announced through an official tweet.

Haven’t had the chance to play #BattlefieldV yet? If you’re on PC, direct message us with the hashtag #TRYBFV in the next 24 hours and we’ll get you in the game for a limited time with a 7-day trial for Origin Access Basic.

EA DICE destroyed all the hype the game had with the EA PREMIUM and its ability to play the game earlier than others. Having the game 1 week before others won’t make the rest of the players happy. Despite its solid gameplay, their EA premium access simply baffled everyone. Thus, gave everyone a reason to rather stay off the game than play against a bunch of level 50s when it comes out.

Simply as that, there’s nothing much to recover out of this. Unless EA decides to lower the game’s price or make it free to play and monetize on in-game content. Has EA tried this by the way, ever? No, because they would rather slap the consumers than lose a remembrance themselves, even for once.

Hello, fellow readers! If you want to get in touch with us and participate in our discussion boards, make sure you visit our Forums. We are more than sure you will find something useful there! The forum is new, so be among the first ones to say Hello!If you are a video game developer and you have a submission to make, you can mail us at team@futuregamereleases.com
Tags
Battlefield V EA Dice Electronic Arts 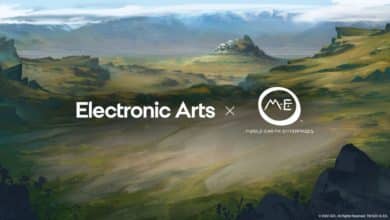 Electronic Arts Introduces The Lord of the Rings: Heroes of Middle-earth