The livestream will hold information about the coming updates and changes to the NT version of the game. The stream will begin on December 18th and will be hosted on YouTube.

Dissidia Final Fantasy NT is the latest publication made by Square Enix. Therefore, we believe the stream will be maintaining its roots around the latest addition of the series.

The stream is to be fully Japanese, which is a bit disappointing for the fans across the globe. Nevertheless, we’ll get to know at least a tiny bit of what’s coming next.

Despite the numerous characters received during the previous period and all its Dissidia Final Fantasy NT timeline, we may witness yet another character reveal. After all, it’s a 10-year anniversary and it will be nothing strange if the developer hooks us with some expanding content.

Hello, fellow readers! If you want to get in touch with us and participate in our discussion boards, make sure you visit our Forums. We are more than sure you will find something useful there! The forum is new, so be among the first ones to say Hello!If you are a video game developer and you have a submission to make, you can mail us at team@futuregamereleases.com
Tags
Dissidia Final Fantasy final fantasy Square Enix

Battalion 1944 Release Date On All Platforms 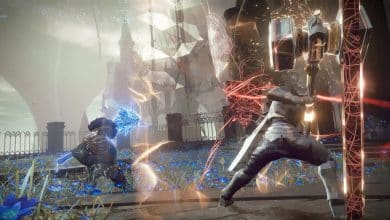