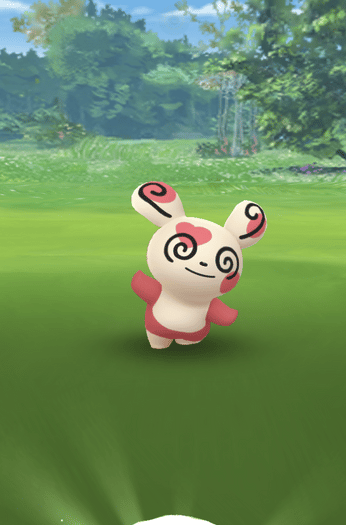 Chrales found Spinda’s shiny form and he was kind enough to share it with the rest of the Pokemon Go community. Take a look below:

As described on Bulbapedia – “Spinda debuted in Going for a Spinda. Ash and his friends had to help a girl named Claire find a Spinda with a heart-shaped spot on its forehead. Brock, meanwhile, kept picking one up with a spot shaped like a broken heart, much to his displeasure.”

Now, the heart shaped part could mean one thing – Love!

With that being said, we expect to see the release of Shiny Spinda during this year Pokemon Go Valentine’s Day event.

As previously rumored by Stardust PokemonGo Twitter account, the Valentine’s Day event will go live on February 13 until February 21, featuring:

This is yet to be confirmed, so until official announcement, please stay with us and get the latest Pokemon Go news.

Apex Legends will get new maps according to Respawn's CEO