BioWare has surprisingly done a very good job with Anthem in general. However, the developers faced a lot of backlash during these days. It’s a subject that hurts the players, especially those without EA Premium Access. Notably the most important part of the game, the loot has been nerfed. Yes, The Loot Drop Rate Nerf staggered players on their way of gearing up. Even if the Grandmaster difficulties know to be a tough pain (especially to PUGs), we’ll receive a lot less loot for playing them.

BioWare trusted it will go under the radar, but players already noticed that something’s terribly wrong with the Loot Drop Rate. They have immediately raised their voice on Reddit and other Social media. All of that has been caught by BioWare and as a reply, a BioWare representative replied on a Reddit thread about LOOT DROPRATE NERF, claiming the changes were intentional. Any previous buff regarding loot tables has been made by mistake.

Now, the Game Director Jonathan Warner has already publicly stated that they are listening, however, nothing has changed since the players started ravaging about this.

We are listening. We want to make sure we give you a great elder game experience and the live team will try to make considered adjustments https://t.co/rT9WMRb7ha

Addressing complaints is what makes a developer extremely good in its work. For example, look at Fortnite or any other community listening video game and developer. Aligning the needs of players is sacred and it usually pays out.

We’re looking forward to this. BioWare is definitely on a good way of receiving even more support and a bigger amount of players, but these little things are the ones causing everything to shatter. We are looking forward to what’s scheduled and most likely anticipate it throughout the game. 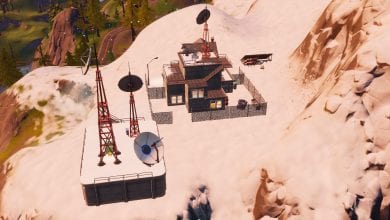 Where to Dance at Compact Cars, Lighthouse and Weather Station in Fortnite