There’s not much to say but dive into the fun Firestorm offers. Battlefield V’s Firestorm is surely one of the freshest takedowns on the BR genre. The game mode offers a unique WW2 themed Battlefield, offering a variety of gameplay mechanics that in the end look more fun than anything else.

The level of destruction Firestorm offers is on a completely different level than any other BR game. All other Battle Royales have nothing similar to what EA’s Frostbite offers. It definitely looks devastating as you can shatter a household while the enemy is using it as a cover. Again, the level of destruction is the same as in the core game. The only difference is that no other BR offers the same.

Firestorm’s map is originally huge, including a variety of transport vehicles. Air, Land and Water, thanks to the new amphibious vehicle is now possible in Battlefield V. Despite the fact that the game is behind a paywall, it is surely expanding very fast, considering the fact EA just gave a 50% off on Battlefield V.

Proven as the best during its original Battlefield V days, Firestorm settles a nice set of joy with supplementary features. There are many diverse ways to approach a firefight, and they haven’t necessarily need to be the same. Whether is that done by foot or vehicle, you will always experience an excitement during the plunge.

Firestorm also provides a freakish experience when playing with friends. The game is very enjoyable as it allows you to work together in many different ways. Armored vehicles usually require an extra set of hands just because they’re easier to navigate. So far, everything experienced in Firestorm seems very unique.

Spoiler: Firestorm may include a bit sloppy looting system, but at the end of the day, is just a habit and muscle memory we missing. Once we get on board with knowing all of the items in Battlefield V, we assure that everything will be fine.

Firestorm probably has the best ring formation consisted of fire. Being caught on fire will cause ticking damage, just as any other BR game, but those out of the ring cannot see inside and vice-versa. We could consider this as a huge advantage ahead of other BR’s, where people are usually camped once noticed.

Having a good range of WW2 weapons is also one of the good assets the game has. Do not turn the potential of receiving even more WW2 weapons as Firestorm’s population grows. Sadly, Firestorm passes on Battle Pass inclusion during launch, but we may see some in the near future.

We also do believe that the 50% discount will be there for a while, so if you decide to hop into the fun, you will receive a gentle appreciation by the discount. Overall, Firestorm deserves its love and spot among the most popular BR games nowadays.

Angel Kicevski Follow on Twitter March 25, 2019Last Updated: July 3, 2019
0 2 minutes read
Facebook Twitter LinkedIn Pinterest Reddit Telegram
Facebook Twitter LinkedIn Pinterest Reddit Telegram
Hello, fellow readers! If you want to get in touch with us and participate in our discussion boards, make sure you visit our Forums. We are more than sure you will find something useful there! The forum is new, so be among the first ones to say Hello!
If you are a video game developer and you have a submission to make, you can mail us at team@futuregamereleases.com 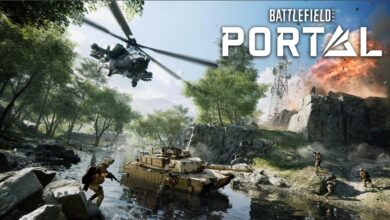 Battlefield 2042 Portal is getting Persistent Servers