It seems like Apex Legends hits another strike in Epic Games’ eyes. We’ve discussed a couple of times about the coming feature in Fortnite allowing players to revive their downed friends. Its concept appears to be very similar to Apex Legends, in which players run to respawn vans and revive their friends. Ahead of the feature release, a guy has managed to find all the respawn Van Locations and tag them on the map.

The map has been first released on Reddit and it was made by Remizjo and 7damage_. There is a total of 19 respawn Vans spread across Fortnite’s map, who will serve as a revive point to any of the downed and finished friend. You can take a look at the locations below. 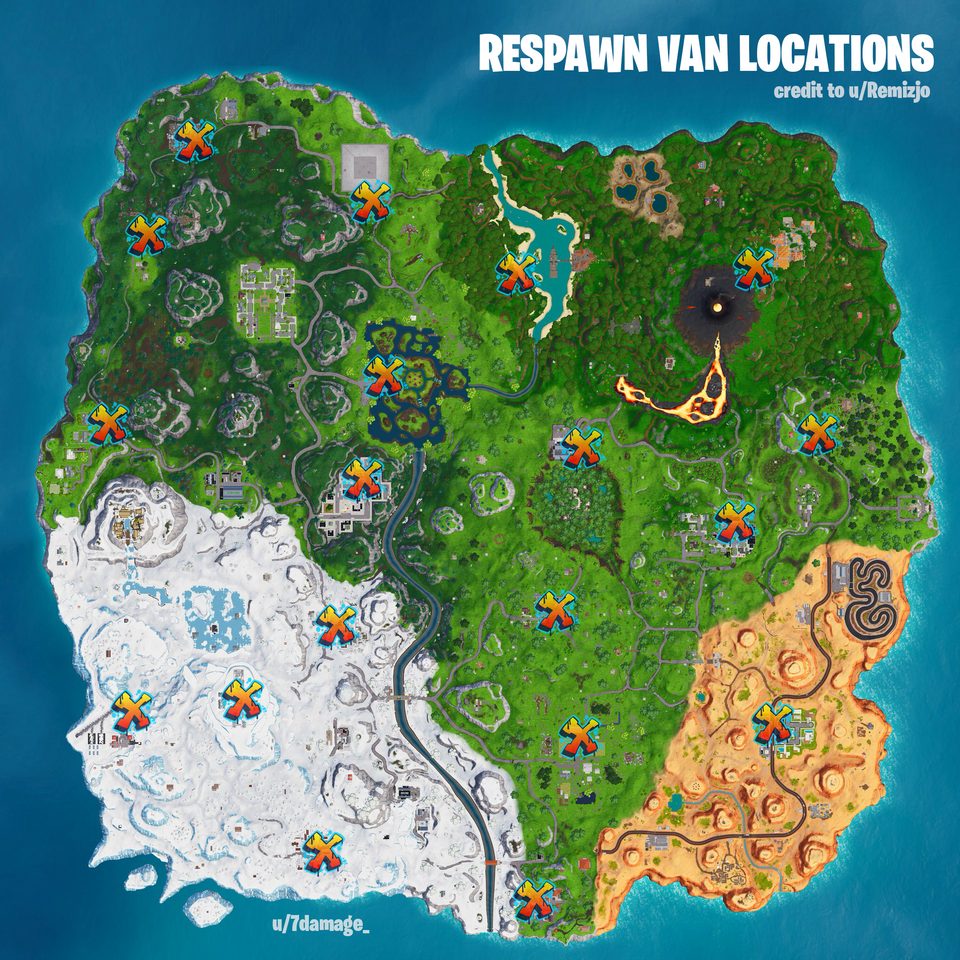 Another Redditor has managed to take closeup images of the Respawn Vans by visiting their exact location. It seems like Epic Games is trying to relive good content found within other games in the same genre.

So far, it is concluded that Fortnite performs best in the genre and has the most players a video game has ever seen. Below you can find all of the locations and closeup images of the respawn vans.

I found almost every respawn van location (19) from FortNiteBR