Trainers, Pokemon Go’s update 0.139.1 was released on March 29, 2019, and dataminers have found some very interesting codes in the Game Master file referring to AR Multiplayer battles and Child events.

MartyCochrane, a Pokemon Go player from Toronto, Canada, a Team Mystic Lvl 40 member, discovered the AR Multiplayer and Child events codes in the game, and he shared his findings on The Silph Road Reddit.

According to him and his in-depth APK teardown of 0.139.1, Niantic and Pokemon Go are preparing to add AR Multiplayer battles in the game in which one player will be the “master,” while other players will have a specific role. He also added that AR Multiplayer battles will not be limited to 1vs1 and player’s Avatar will be visible in the AR world.

MartyCochrane also found remote peers, and he described them as ‘players will be able to battle other players in person or remotely at the same time and if a player leaves the battle, it will be an end of the session for everyone.’

He also found codes referring to Child events in the game, but at this moment he is not sure if these events will be specifically for children accounts or permission to allow or disallow a minor to participate on specific events.

You can find his in-depth 0.139.1 teardown here, where you will also find other, very interesting codes recently added to the GM file.

For last, don’t forget to give him an upvote for his awesome findings and great work! 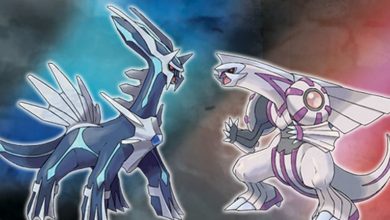