Well, after the latest 8.20 patch, players were introduced to new ways to gain health and shield recharges. Thanks to the new foraged items which are consumables, players can endure their survivability. Now that Coconuts, Peppers, and Bananas have been added to the game, their spawn location is somewhat hard to find. These items are distributed across the whole island, for which original locations are unknown.

Therefore, we’re here to help you discover what way is best to find these and how they can help you in certain situations. Their effect on player’s shields/health regen is quite strong. Considering they are three different consumables, the most common spot for each one of them is proportional to the real-life climate and agriculture.

As such, the Banana is a tropical fruit so it will be the most common to be found in the Tropical area of the map, which currently is considered to be set around the volcano. The banana also grants 5 health instantly. Its green environment explains more than that. That would make the North-East side of the Fortnite island the best spot to farm bananas. They can be farmed by chopping short and leafy trees, but also found on the ground.

Coconuts grant 5 health points upon consumption. If a player’s health is full the coconut will recover his shield and is usually found as a player favorite. It is also easy to find since it spawns on more areas of the map. Coconuts can also be found in the Tropical area on the map such as the bananas, but also around the desert. Coconuts can also drop by hitting a palm tree, and those are usually found around Paradise Palms.

Peppers are probably the best way to gain boost for an easier rotation in Fortnite. Not only they restore 5 health points, but also provide a 20% speed boost. The speed boost is quite a valuable asset to all the players facing storm issues. Peppers usually spawn in the deserted area around Paradise Palms, and can be only found on the ground. They’re also considered as easy to spot and trust me, no one wants to avoid them no matter how critical the storm is, at least none of my friends.

With that being said, we can consider this being a guide for the upcoming Week 6 Season 8 challenges. 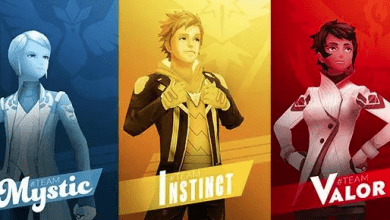