Capcom is bound to announce a new and upcoming video game at the Xbox E3 2019 press conference. Now that we know Capcom’s best selling games, this new game addition may be just the windup for the future of Capcom’s success. Within a series of extravagant appearances at E3, 2019 won’t be something you wanna miss.

Capcom is the only developer that knows how to hype up a video game with its developing skills, but also presentation and marketing. The rumor comes from NeoGAF, which is a worldwide famous forum. Within a thread, a user has claimed to have leaked information stating it holds info about Capcom’s upcoming announcement.

Therefore, it is expected to see Capcom put on a major introductory at this year’s E3, while the Xbox’s press conference is live. It will be a resemblance to the past E3 2018, in which Capcom revealed Devil May Cry 5 without having its own press conference.

Now that we know Sony won’t participate this year’s E3, it is safe to predict the new announcement will come during Microsoft’s Xbox press conference. The game, however, remains unknown. A lot of predictions are based on potential sequels of games developed by Capcom, but more about that will remain to be seen during E3 2019.

One thing remains sure, and that is the possibility of announcing Resident Evil 3: Nemesis Remake, which has been rumored multiple times for a release in January 2020. What are your thoughts on this one? Tell us in the comments below!

Amie GammonsMay 21, 2019Last Updated: May 21, 2019
0 1 minute read
Facebook Twitter LinkedIn Pinterest Reddit Telegram
Facebook Twitter LinkedIn Pinterest Reddit Telegram
Hello, fellow readers! If you want to get in touch with us and participate in our discussion boards, make sure you visit our Forums. We are more than sure you will find something useful there! The forum is new, so be among the first ones to say Hello!
If you are a video game developer and you have a submission to make, you can mail us at team@futuregamereleases.com 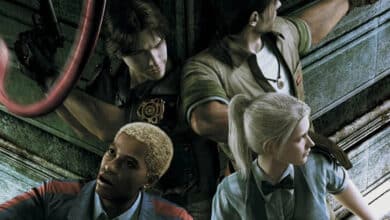