Ubisoft may be onto something, despite the fact that recent rumors have discovered lots of features of a video game that’s allegedly in the works. How do we know that Ubisoft is standing behind the creation and discovery of this Roller Derby video game? Well, we have noticed one Ubisoft Logo printed on one of the showcased terrains.

All of the discovered material was published on Resetera, for which it confirms the game is in the works, and it is probably named Roller Champions. All of the posted material looks to be just on point, as it discovers in-game assets and more.

If you take a look at the picture below, it is definitely a word about Ubisoft, so that we can clarify easily. But whether it’s only a publisher or not, that we’ll have to find out in the coming period. 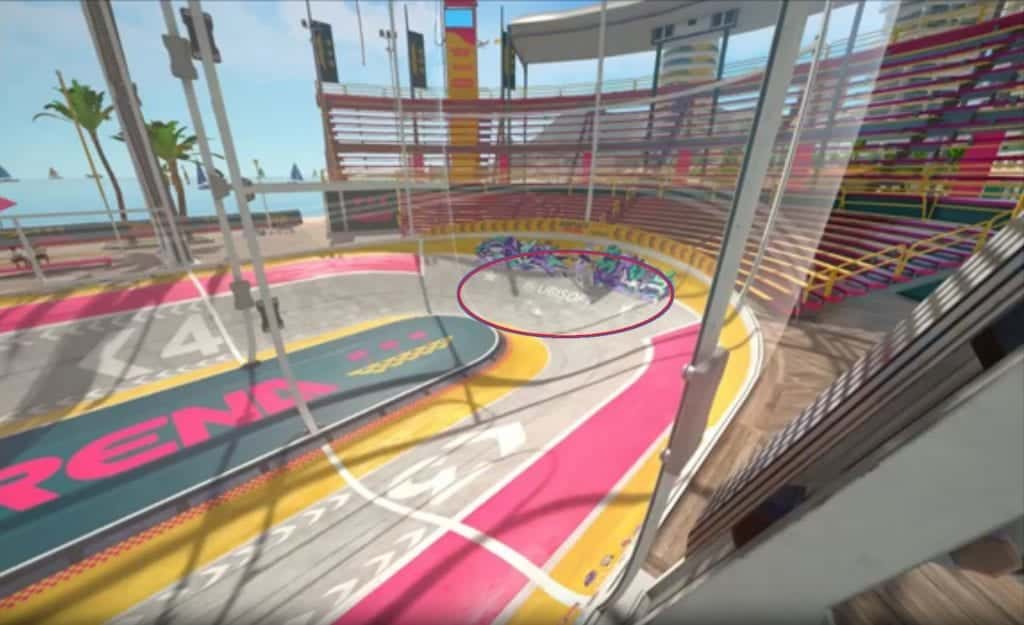 This type of games merely haven’t been seen on the market, so it may be very refreshing to the gaming industry in general. Having a sort of arcade and fun-to-play title may unlock different fields in the industry, but also provide a good set of joy to the fans.

As nowadays games mostly offer Multiplayer, this one is supposed to have one too, as it will allow a group of people to thoroughly enjoy their time spent together.

According to the leaked materials, a Roller Derby game may be upon surfacing, and most of the fans are already comparing it to Rocket League. It is considered to be a Rocket League esque title and to offer a unique set of mechanics that will embellish the current gaming industry.

Roller Champions will most likely be discovered at E3 2019, which is coming to a start very soon.

Hello, fellow readers! If you want to get in touch with us and participate in our discussion boards, make sure you visit our Forums. We are more than sure you will find something useful there, as most of the news are coming in there first. The forum is new, so be among the first ones to say Hello!
Tags
Roller Champions ubisoft