The latest News Section update in Fortnite showcased the new, but previously datamined Tactical Assault Rifle as coming soon. Scheduled to release soon, the new Tactical Assault Rifle may be the best gun for CQB (Close Quarter Battle), as stated by Epic Games. More about that, however, to be seen when the official patch lands.

This robust and precise assault rifle is the ideal option for tight quarters. 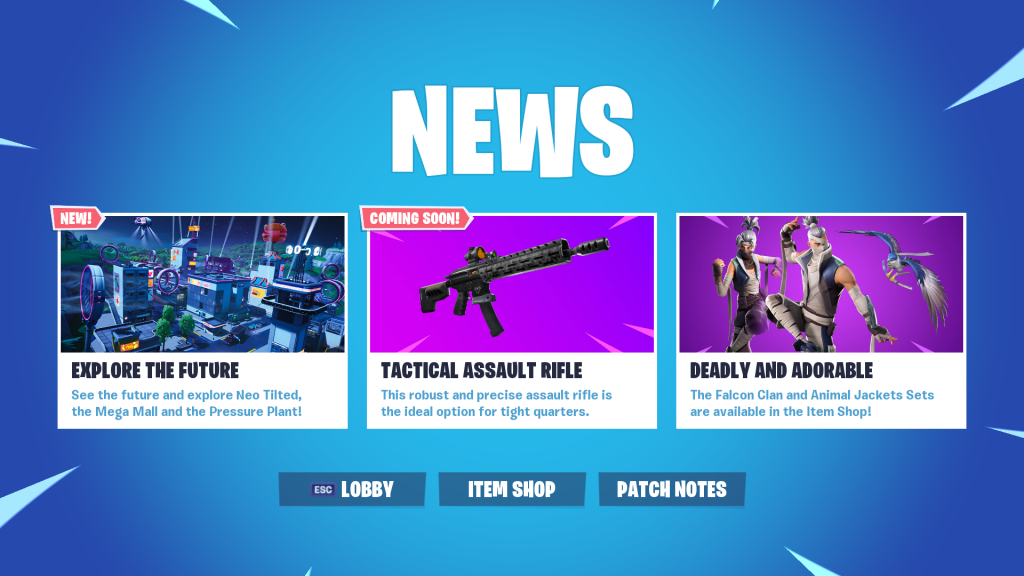 This may be a META changer once again, and after the recent tweaks, vaults and unvaults, keeping track of the strongest in-game loadout especially for endgame could be very tiring. This time, we’ll just go with the flow, and try to escort anything beneficial. Professionals on the other side will have to anticipate its release, and figure it out how will the Tactical Assault Rifle be propitious in their late-game rotations.

Furthermore, dataminers have claimed that John Wick’s LTM is also going to arrive as a part of the 9.01 update, which is most likely to happen tomorrow, on Wednesday.