The developers at BioWare are pressured against the wall. Having the community itself turning the backs on this amazing development studio had to do something with their latest “MMORPG”, looter shooter title, Anthem. With that being said, we all know where BioWare actually failed.

Stomping through the void of Anthem could also make you feel a bit creepy. It even becomes a lot creepier nowadays, when the developers announced an upcoming limited time game mode. If you’re a normal gamer you’re probably asking yourself why is Anthem preparing to include The Cataclysm as a content update, and at the same time is a limited time mode, when instead of including permanent game modes to diversify the gameplay, it chooses to go with LTMs.

Since its initial launch, Anthem was interesting to play for literally 2 days. Nothing more, nothing less. While most of the Javelins were ravaging across Anthem’s open world, BioWare’s opportunities probably failed, as the content found within the game pretty much remained the same.

No satisfaction changes, no regular updates, except the mandatory ones which came at a later stage that mostly focused on recovering the game’s integrity by fixing bugs. Anthem settles a huge buyout price when in the long run it doesn’t offer the content proportionally. I do not want to compare Anthem to other video games. Comparing is my weak side and I’d love to elaborate on what could possibly change to make the game better. That would be… content, content, and more content.

Simply said the enthusiasm is gone, the player base is crumbling down, the content remains the same, despite The Cataclysm update that is about to arrive. Without a content diversification, we hardly see Anthem achieving what its initial goal was.

Aside from fixing bugs that were quite intrusive since launch, there hasn’t been anything exceptional that would grant benefit to the players. The same old Strongholds, the same old content. I do not even know if the sound bug is still persistent, one of the most annoying bugs I have ever noticed in a video game.

Compared to The Division or Destiny which simply learned from their own mistakes and performed a comeback like never seen before, Anthem’s developing focus is just a bummer. It is very sad and heartbreaking to see a game with a huge potential drown itself in the depth of the ocean. Yes, completely by itself without even considering the huge backlash by the community in the early days.

Instead of getting out of absence mode, it went into an oblivion mode, without developing a single entertaining piece of code except for a single Stronghold that was cleared in seconds and most probably became boring to everyone. Like, has Anthem ever went past the Open Beta limitation? Almost everything included in the Beta could be found in the current version of the game, without any additional type of gameplay. There weren’t any big surprises, as per setting a foothold back in the days compared to setting a foothold nowadays simply doesn’t differ.

It’s a word about a rushed product that had cut its own chances from existing, and will probably further burry its remaining paths that could possibly lead to salvation. Seeing the hype dipping isn’t going to be the first nor the last time in my era, so I guess we’ll have to let it go. 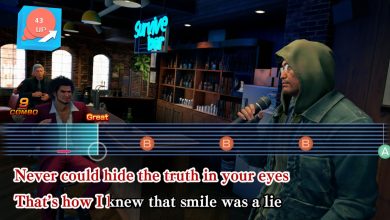