The only map that is unique for long-range battles, Woods, has finally received a Scav Boss. Battlestate Games has announced that the new Scav Boss is named Shturman, and it resembles a character that’s in the game for a very long time. Basically, since the beginning.

Do you remember the guy with the hoodie and camo mask that appears on the loading screens from time to time? Well, judging by the look and outfit he’s wearing, that’s probably the exact same guy.

Tarkov remains one of the most popular realistic shooters in the gaming industry. After the last significant addition to the game, the BattlEye anti-cheat, the developers are continuously working on improving the game’s core features. With the addition of the patch 0.12, more things are slated to change towards the greater good.

Below you can find the official announcement of the new Scav Boss arriving at Woods, Shturman.

From the looks of it, Shturman is rocking an AK with a backup rifle that’s probably going to be a part of the loot tables once killed. Easy loot, everybody! Woods has always been a great map to play, and now it has become better! 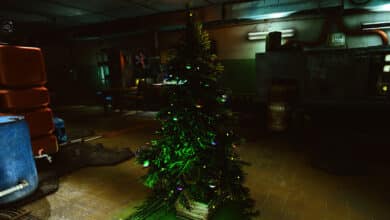