Even if Frostpunk was first released on PC, the game would transcend its roots to the PS4 and Xbox consoles, as promised before. Now that everything is ready, Frostpunk will launch on PS4 on October 11, while the Xbox One version of the game hasn’t been confirmed yet. We will probably have to wait for a bit longer to receive a solid confirmation.

Frostpunk is a city-building survival game which is developed by 11 bit Studios.

THE CITY MUST SURVIVE

Frostpunk, the newest title from the creators of This War of Mine, is a society survival game where heat means life and every decision comes at a price. In an entirely frozen world, people develop steam-powered technology to oppose the overwhelming cold.

You face the task of building the last city on Earth and securing the means necessary for your community to survive. Optimization and resource management often clash with empathy and thoughtful decision-making. While city and society management will consume most of the rulerís time, at some point, exploration of the outside world is necessary to understand its history and present state.

What decisions will you make to ensure the survival of your society? What will you do when pushed to the limit? And who will you become in the process? 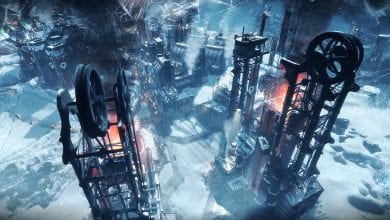