According to Goldin Auctions, each card has been graded a GEM MT 10 by PSA and this is the 1999 Pokemon 1st Edition cards. What is even better, the set includes the 1st edition Charizard, holographic Alakazam, Blastoise and Chansey. 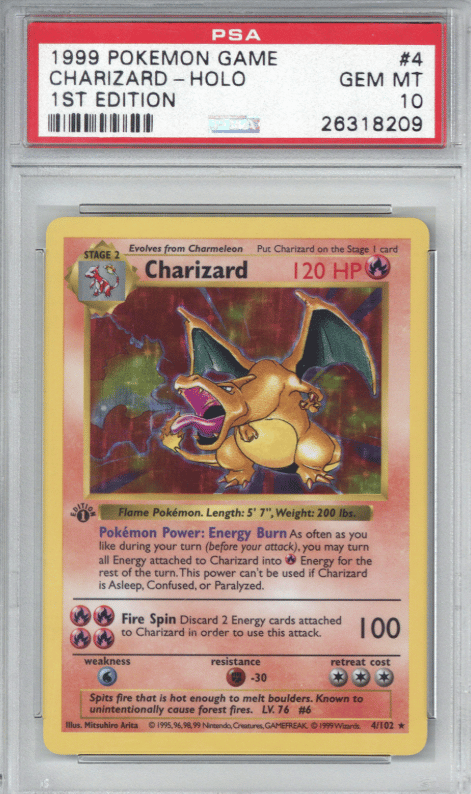 Each card has been graded GEM MT 10 by PSA. Presented is a 103-card complete set of 1999 Pokemon 1st Edition non-sports cards. Goldin Auctions is proud to present a second complete PSA GEM MT 10 conditioned set of these desirable non-sports cards at auction. While the cards have rounded corners, they are still very difficult to attain in GEM MINT condition. In fact, many cards have population counts below fifty in the aforementioned condition. Demand for this set in high-grade continues to grow. For example: the key card in the set – #4 Charizard – represents a vibrant progression that saw a recent example sell for nearly three times the $8,800 sale price in November 2016. As a point of reference on value, a similar-conditioned complete set of these (all in PSA GEM MT 10!) sold for nearly $100,000 in Goldin Auctions’ December 2017 Holiday sale. Stunning Gem Mint condition throughout. 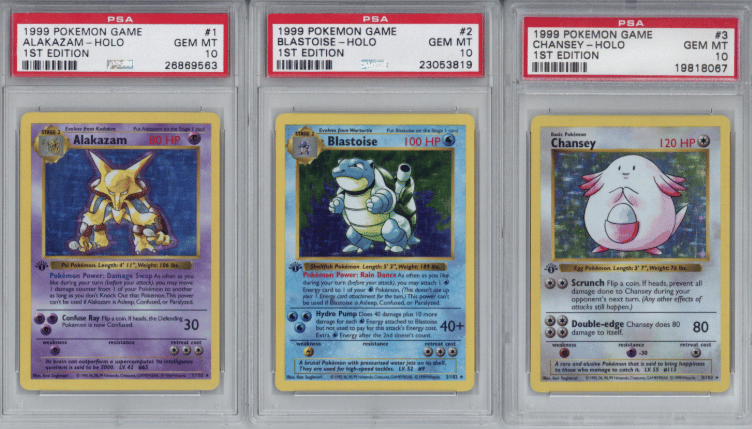 On July 9, 2019, Pokemon TCG Mewtwo card was sold for $60,000 but it was reportedly stolen or lost during a mail transaction. The card has not been recovered since and they are giving $1,000 reward for any info.