The International 9 is an event where lots of surprises coming in Dota 2 are expected to be seen. Such as new Arkana, New Hero, Changes, and more. As such, Valve has announced the arrival of the new hero to Dota 2, SNAPFIRE, which is most likely to be a support. SNAPFIRE is set to arrive this fall, 2019.

From what it looks like, the hero has a supportive goal, and she is making and sharing cookies (The part with Invoker). Seems like he’s getting some buff after eating one.

It is perfect seeing new support Hero coming to Dota 2. It seems like Dota 2 is limited on supports at times, and anything new would cause a great addition to the support lineup.

The official trailer for SNAPFIRE can be found below.

From the footage in the reveal trailer, it seems that Snapfire is quite a mobile hero, which supportive abilities buff heroes. What kind of buffs exactly, it remains to be seen, but overall we have the first glimpse of Snapfire.

What do you think about this upcoming hero?

Hello, fellow readers! If you want to get in touch with us and participate in our discussion boards, make sure you visit our Forums. We are more than sure you will find something useful there! The forum is new, so be among the first ones to say Hello!
Tags
dota 2 Snapfire Valve 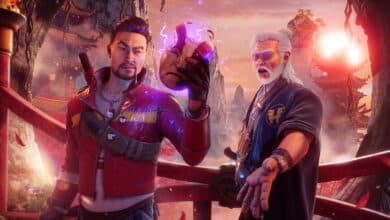