Most of the military sim lovers would love to anticipate fully militarized game modes in any milsim video game. Having a couple of them out there, Squad is among the minority of these video games that are greatly optimized and offers a decent amount of Frames Per Second in a highly anticipated map.

To include even more realistic and authentic battle, the developers of Squad, Offworld Industries are aiming to release a new Alpha update. More precisely, Alpha 16, an update that is settled to bring helicopters to the world of Squad. This will surely negate the long distances, as it will diversify the current state of the game.

We’ve been following Squad over the past, noticing how the developers are thoroughly following their pre-established Roadmap. According to it, the next update will be Alpha 16 and will include Helicopters as a new feature in Squad.

Currently, the game is at 15.4, which rings the potentiality of releasing Alpha 16 any time soon.

This will surely close the gap in functionality between Arma 3 and Squad, for which lately, lots of Arma 3 players and streamers favor Squad just because of its performance.

Squad is most likely to explode in popularity due to its performance. Squad offers smooth gameplay in a destructive and military environment with lots of human players on a large scale map. The core version of the game currently supports up to 80 people but and aims to traverse the support to 100 very soon.

Hello, fellow readers! If you want to get in touch with us and participate in our discussion boards, make sure you visit our Forums. We are more than sure you will find something useful there, as most of the news are coming in there first. The forum is new, so be among the first ones to say Hello!
Tags
Offworld Industries Squad

Unlike the Witcher, There Won't Be Any Digital Cyberpunk 2077 Card Game 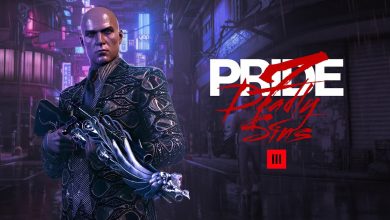