Cyberpunk 2077 would most likely stay on the top of the talks during this and the upcoming year too. However, players are still wanting to find if they can dig more from the developers, discovering any new feature or content in Cyberpunk 2077.

So far, so good, the developers are unveiling a good slice of in-game material but also stay active on the social media networks. Whether is that Twitter, Reddit, or YouTube, there is so much to find regarding Cyberpunk 2077. As the release date tracks up, we’re also seeing numerous interviews with CDPR representatives that are a part of the game’s development.

As such, today, Philipp Weber, CD Projekt Red’s Quest Design Coordinator has something else to discover. Namely, his acquaintance is significant for Cyberpunk 2077, as his job is to offer the best experience given through a variety of tasks in the game.

There will be multiple types of quests, that will ultimately differ from each other. As per our mind, main quests and side quests could be there, but what kind of different tasks would there be?

In an interview to DSOGaming, Webber has unveiled how quests would work, and their potential impact on players. You can find the interview below:

Main quests are usually the largest quests in the game. They are the ones players have to play to get to the end of the story. Of course we make a nonlinear game, so not all main quests are always required. However, those are usually the ones that have the main characters and themes in them that we want to convey. If you wanted, you could only play the main quests and should still get a really good experience.

Side quests are all other quests we put into the game. They can be as large or even bigger as a main quest, or just very short. They are based on all the ideas and stories we want to tell that don’t have a place in our main story. Sometimes they also have a specific purpose; like introducing a new theme to the game, or telling the story of a specific community or location.

Street Stories are the bread and butter of a street merc like V; a bit like monster hunting for a witcher like Geralt. These are the jobs that V gets from fixers like Dexter DeShawn. Doing these jobs gives V more street cred, so she gets a reputation around the city. These jobs can be very varied and of course also benefit a lot from our different playstyles. There’s often many creative ways to solve them. Street Stories are designed and implemented by our Open World Team. As a quest designer I’m actually really looking forward towards playing them myself, because I don’t know them as well as other quests in the game and I’ll be able to play them almost as any other player.

We also have minor quests, which is just our term for short or smaller side quests. Sometimes they can just be a few minutes long, but they all should tell an interesting story nevertheless. This is often where we can be the most creative, because there’s not a lot of pressure. Many cool moments that people remember from Wild Hunt are from these smaller minor quests.

This seems like quite the deal for CDPR, but also for the players. We do believe there will be many mysteries such as secret quests. Cyberpunk 2077 is the highest contender that could grow as an obsession in the player’s mind. More about that to be seen in 2020.

Fortnite: Visitor's Rocket may take Players to a new Map 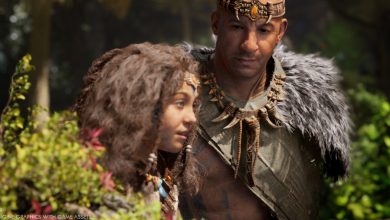