If you have forgotten about Ghost Recon Breakpoint and its upcoming presence to the gaming industry, worry not. Ubisoft has announced the forthcoming open beta event that is scheduled to take place this month. Starting from September 26 to 29, Ghost Recon Breakpoint will offer a good portion of gameplay to the fans across the world.

This time, Ghost Recon Breakpoint will also include its PvP game mode, named Ghost War. This mode offers a battle between other Ghosts (Human Players). It will offer only one mode, Elimination, that will take place on some of the four different maps. This is probably the only content players are excited for and will contribute a key element to the launch.

Six in-game Regions will be opened for each Beta Participant, contributing for vast gameplay experience. The starting times of this event have also been announced, and they can be found in the picture below: 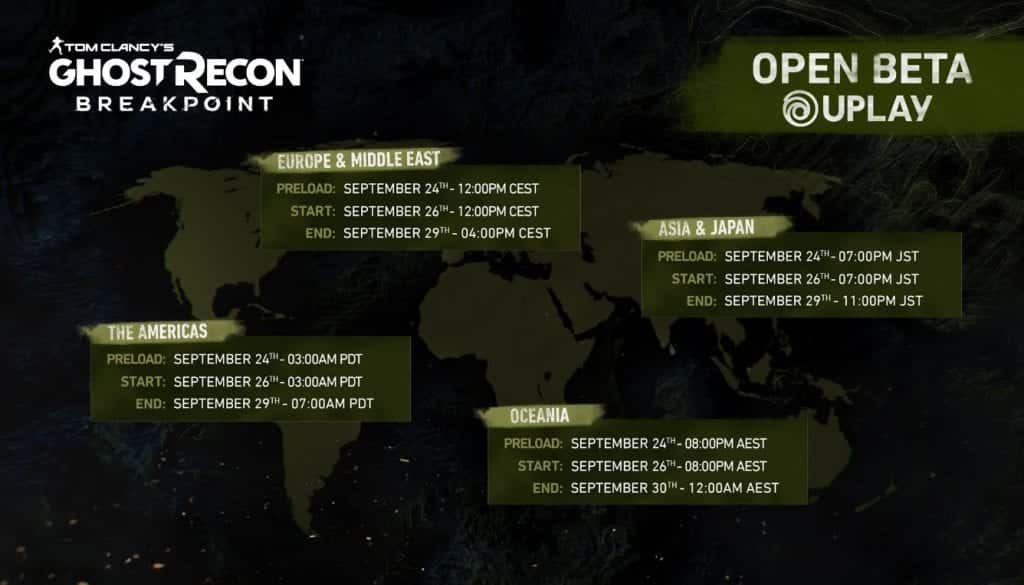