We’re quite familiar to some exceptional events hosted in Fortnite. Epic Games tends to crossover with some of the most popular movies of these days. But, does that Mean Batman is next? According to recent data mine, it appears that not only an LTM is in question, but also a Bundle that will include Batman’s Skin in-game.

It is not out of context to see Fortnite giving props to Batman. DC has already announced there will be a massive celebration in 10 big cities across the world too. So, why not add it in Fortnite, too? It is because September 23rd is Batman’s day, and this content will come in the form of celebration arranged by DC and Warner Bros.

From the very first leaked image, it is somewhat clear there will be an LTM too, which will try to reflect Batman’s story in Fortnite. This will result in fighting corrupted crime on the Fortnite island. In the picture below, the Bat-Signal is visible. That means a hero is about to be born.

According to Hypex, famous Fortnite data miner, Batman will come as a bundle and will probably include a special weapon.

Here's the building from inside.. The walls are burning with a "Green Fire" idk why… tweeting more buildings soon 😀 pic.twitter.com/cR7y5vw0AG

Another data miner, Lucas7yoshi has discovered Batman’s most faithful weapon, the Batarang, which is going to be proximity explosive, just as seen in the movie.

The other item is the Batman Grapnel Gun, which will serve similar to the grappler. Despite the comparison, the travel speed of Batman’s grapple should be a lot faster.

\A huge plot is forging, and we’re yet to see what else is Epic Games ready to announce. However, for the final event, we’ll have to wait a couple more days.

Oh and yes, do not forget the Joker, he is also planned to arrive.

Hello, fellow readers! If you want to get in touch with us and participate in our discussion boards, make sure you visit our Forums. We are more than sure you will find something useful there! The forum is new, so be among the first ones to say Hello!
Tags
batman Epic Games Fortnite

The Steam Library Update is Live - How to Opt-In 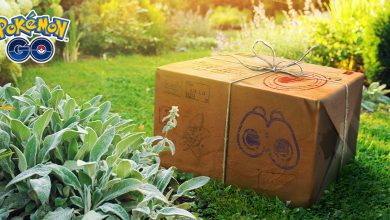