Fortnite’s Season 10 is coming to an end and the start of next season 11 has made players more curious than ever. After the postponement of Season 11, it is revealed that the end of Season 10 will have a major event planned and a new map that can await the game in the new season.

BRUTE Mechs left a very bad impression on players this season, with some even leaving the battle royale. For Season 11 there is a lot of speculation that there will be a new map in the game and it is certain that we will not have to wait long before discovering it.

When is Season X ending on Fortnite?

After update v10.40.1 a delay for the end of season 10 was confirmed. It will now close on October 13 with Overtime challenges and the ‘Out of Time’ mission closing on this date as well.

These missions will be live on October 8th, so you will have six days to complete all the challenges involved.

When does Season 11 begin?

In the patch notes Epic Games said: “We may be almost out of time, but we’re not out yet – Season X has been extended a week!” Gotham City and the Batman Caped Crusader Pack are also available by the end of the season.

Some leaks suggest that an event called ‘The End’ will serve as the end of Season X. It is also these leaks that suggest a new map will come.

A countdown has appeared on Dusty Depot for the event and according to him, the event will take place on Saturday, October 13th at 2 pm EST (11 AM PT /7 pm BST).

With the postponement of Season 10, the mission of Out of Time is here to keep you busy until the new season begins. These challenges will be live on October 8 and will continue until October 13. Although they have not yet been confirmed, the leakers have found their way through the game files. 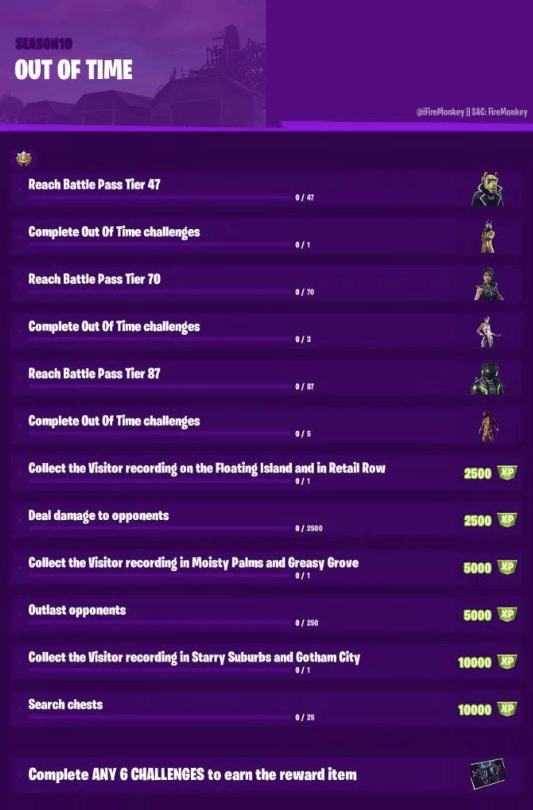 For now, it’s time to tackle the latest levels of battle pass, meet the challenges of ‘Welcome to Gotham City’ and the mission of Out of Time before Season X ends. With the event approaching, we can expect more leaks and teasers from Epic.

Stay updated with our site for the latest Fortnite news and other games.

Hello, fellow readers! If you want to get in touch with us and participate in our discussion boards, make sure you visit our Forums. We are more than sure you will find something useful there! The forum is new, so be among the first ones to say Hello!
Tags
Fortnite 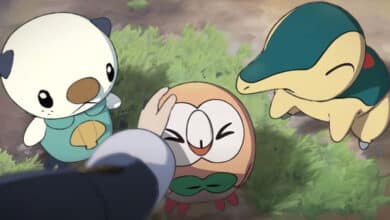