Is Fortnite shutting down? Is it dying? Is it over? What actually is going on? What is the reason behind this? How am I supposed to tell my kid what is going on? Should I click Exit or not? Fortnite had shut down the servers, and that 10 minutes before the Rocket Launch event, so that a lot of people weren’t able to join the game to witness the event by themselves.

After the short live event, Fortnite’s whole island got sucked in a Black Hole, and so did the participants. Many people believed this could be an actual end of Fortnite, the most popular Battle Royale video game in the world. What’s even more intriguing is that Fortnite changed their Twitter profile without saying anything.

Without a yield, players who are still attached to the black hole in-game screen have the EXIT button at the bottom right of the corner. After countless minutes, there are still no changes at all. It’s just the black hole who’s seemingly changing patterns, and those might be looped as well.

It was a sudden move by Epic Games to extinguish the remains of what has been the foundation of friendship. That is Fortnite. It’s not just a game, but it goes far beyond that.

There are multiple predictions of what could this be. Let’s take a look at them below:

Recently we found out that even those who were not able to join a game, they’ve experienced the same while being in the lobby.

How “The End” event appeared from the lobby! #Fortnite https://t.co/Gvcn43zSzU

Overall, we’re confused just as you are, and throughout this whole nonsense, we’re actually shaken to witness a situation of this caliber, which may imply to the end of a great video game. We will keep on watching the Livestream on YouTube since THE END of Fortnite seems to have caused a lot of trouble for Twitch too.

You can do it too, by watching Fortnite’s official LiveStream on YouTube!

Angel Kicevski Follow on Twitter October 13, 2019Last Updated: October 13, 2019
0 1 minute read
Facebook Twitter LinkedIn Pinterest Reddit Telegram
Facebook Twitter LinkedIn Pinterest Reddit Telegram
Hello, fellow readers! If you want to get in touch with us and participate in our discussion boards, make sure you visit our Forums. We are more than sure you will find something useful there! The forum is new, so be among the first ones to say Hello!
If you are a video game developer and you have a submission to make, you can mail us at team@futuregamereleases.com 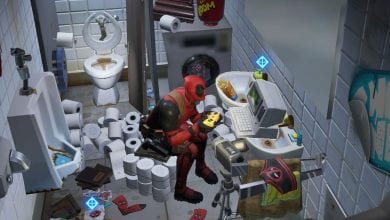