Dota 2 Outlanders update is out. If nothing else, the patch is turning Dota 2 into a more diversified gameplay experience with its additions, new items, heroes and heroes balances, maps, and more. Valve has taken the time to develop this patch and develop somewhat an original Dota 2. Refreshing, you say? Indeed, we answer.

Let’s talk about some of the most exciting additions to the game. A brand new way of item developing is invented. Creeps can now drop items from different tiers, based on the current time in-game. The higher the tier, the more powerful the item, and all of the drops are roughly based on RNG.

New Building types are about to arrive, titled as Outposts. Outposts are located at the position of the side shops in Dota 2. But they no longer serve as shops, but they’re beneficial for both the parties. Once clicked, there’s a channeling ability that allows you to take control of the Outpost. The controlling team will receive extra XP, vision, and they also teleport to the controlled Outpost.

The hero level limit cap increased to 30, we believe that Dota 2 will face prolonged match time, and this may have a significant impact on the game itself and the competitive scene. And speaking of Dota 2, it probably has one of the most prominent and notorious e-sport scenes.

Valve’s development team was secretly working on Dota 2. But, for a MOBA, the struggle and individual shapeshift in the game was always punishing. Therefore, if you endangered the life of the courier, it was known for the team to flame you. Well, that’s not going to be the case anymore, as each player has its courier that can also level up.

Dota 2 is a new game, with new items, core gameplay changes, existing item changes, new heroes, hero balances, and a lot more to that. To check what has been changed, make sure you visit the official Outlanders page.

Hello, fellow readers! If you want to get in touch with us and participate in our discussion boards, make sure you visit our Forums. We are more than sure you will find something useful there, as most of the news are coming in there first. The forum is new, so be among the first ones to say Hello!
Tags
dota 2 steam Valve 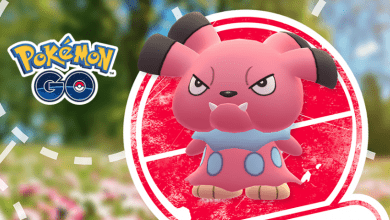