Modern Warfare is still on a roll with new updates released almost every week since release. First, we had a couple of nerfs on the M4 and the notorious Shotguns such as the 725. Then, the game progressed a bit in content by adding some new game modes and maps. Both in and out, there were included numerous playlist updates destined to improve the gameplay experience.

Before two days, Infinity Ward brought the “Gun Game” game mode, which is one of the fans’ favorite. After its release, only a party of 2 players was eligible for queueing. With today’s update that is far gone as now, it allows four players to party up for the Gun Game mode as a whole. This will allow your friendship to continue, and needless to say, will you separate once again.

Today’s update notes can be found below, as posted on the developer supported, community-run subreddit.

Infinity Ward is most definitely not stopping here. Their passionate development has so far excited many fans across the globe. There’s no doubt they’ve broken a couple of records, such as profiting $600 million in the first three days of launch.

Hello, fellow readers! If you want to get in touch with us and participate in our discussion boards, make sure you visit our Forums. We are more than sure you will find something useful there! The forum is new, so be among the first ones to say Hello!
Tags
call of duty Infinity Ward Modern Warfare 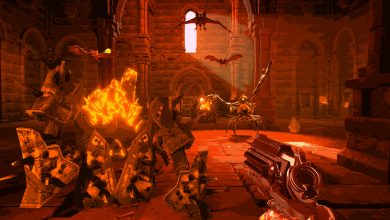 Doom-like Fast-Paced FPS BPM: Bullets Per Minute Is Out Now