In the eyes of the Game Awards event, there will be quite an eventful period coming to Steam. Demo version for video games such as System Shock, SkateBird, and Eastward will appear with an opportunity to play them for two days. This was first announced by the event’s very own producer, Geoff Keighley, which declares all 12 video games that will offer limited-time gameplay (demos) on Steam as a part of The Game Awards.

The Game Awards Stream will begin on Thursday at 8:30 PM ET, with an end on early Saturday. The Game Awards will be full of news coming from the video game industry, but will also promote video games that are set to release in the coming period (most of them are scheduled for 2020)

The surprise will be limited-time games that will become available on Steam, especially while the event lasts. The complete list of video games as announced on Medium.com can be found below:

More about the game awards can be found below:

All of the video games above have already received their page on Steam, and ti’s just a matter of time to see when the Demo versions will come out. More about this, we’ll talk once the event begins.

Hello, fellow readers! If you want to get in touch with us and participate in our discussion boards, make sure you visit our Forums. We are more than sure you will find something useful there! The forum is new, so be among the first ones to say Hello!
Tags
Eastward System Shock The Game Awards 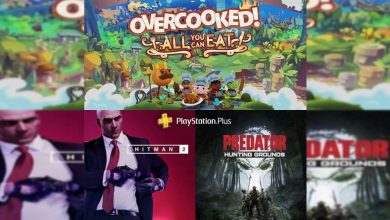 PlayStation Plus Free Games September 2021, Overcooked! All You Can Eat, Hitman 2 and Predator: Hunting Grounds