The anticipation cannot finish as the Fortnite servers are still down. So far, what has been teased has somewhat been interpreted in the trailer, which seems quite unusual. Most of the data miners that we know are eagerly trying to find more info, but in the end, all we care about is the full patch notes list, which is more likely not to be posted by Epic Games while the servers are still down.

The teases announced during the previous three days appears to have been leaked and confirmed to be in-game items. The trailer also confirms some of the teased images, and it somewhat tells that there will be a PvE/PvP action.

The Battle Pass Gameplay Trailer discovers almost all of the assets and states the upcoming items.

This article will be reserved for patch notes, and we’ll make a space just below it. Once Epic Games posts any change, we’ll talk about it below.

So far, we know that there are going to be some map changes and PvE/PvP Action. What it seems at first is like Fortnite has farmed Tarkov for some innovations, which may be the reason where the PvE action comes from. But more about this we’ll see in the actual game. 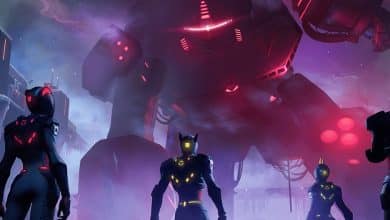 Fortnite Servers Down Due to Major Outage