Shortly after the slight disappointment, Method had to recover and stand firm to the end of the World First Race Ny’lotha. Even if Complexity Limit was the first guild in the world to defeat N’zoth, the race was imbued to continue and crown the second and third spots of the competition. So as Method has managed to kill N’zoth and become the second guild in the world to have dealt with old god.

But, this still doesn’t end the race, as Pieces is most definitely trying to get a hold of what’s left and elevate the third position of the World Race. Looking at the bigger picture, Method has overall managed to be the winner of this expansion, in which 3 out of 5 Raid Tiers belonged to them.

They’ve proven their worth once again. The outcome of this Tier also confirms that World of Warcraft’s World First Race sometimes has different outcomes. In other news, Pieces is the other guild alongside Limit that managed to clinch a raid tier during BFA, by conquering the two-raid boss Court of Stars.

We’re looking forward to seeing Blizzard’s intentions on upcoming events of this caliber. Maybe a global Raid release, without any delay between continents? Whatever happens, the road of World of Warcraft is timeless, but also golden.

Amie GammonsFebruary 8, 2020Last Updated: February 8, 2020
0 1 minute read
Facebook Twitter LinkedIn Pinterest Reddit Telegram
Facebook Twitter LinkedIn Pinterest Reddit Telegram
Hello, fellow readers! If you want to get in touch with us and participate in our discussion boards, make sure you visit our Forums. We are more than sure you will find something useful there! The forum is new, so be among the first ones to say Hello!
If you are a video game developer and you have a submission to make, you can mail us at team@futuregamereleases.com 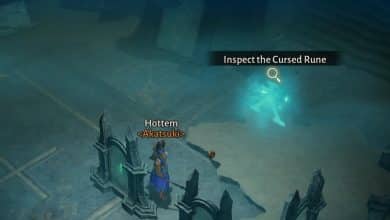