Trainers, the great miners had a busy night once again, and like always they’ve discovered some very cool stuff in Pokemon Go’s GM file and shared it with the rest of the community.

The great miners discovered a lot of cool things (you can see the list below), but only a few caught our attention.

Here is what they’ve found:

Three ‘yet to be announced’ Safari Zones – Spain, Mexico and South Korea

The miners discovered a new text referring to three, yet to be announced Safari Zones, one in Spain, one in Mexico and one in South Korea. According to the text discovered in the GM file, all of these Safari Zones are scheduled to go live this year, 2020. The date is not confirmed at the moment, so let’s take a look at where the next Safari Zones will take place.

Now, as discovered in the GM file, we might get a chance to earn PokeCoins another way and that’s from Daily Research tasks.

There are no details about the limit, or how many quests one must complete to get the reward, but I’m sure we’ll find out very soon.

Deerling is a dual-type Normal/Grass Pokemon from Gen 5. This Pokemon can change its appearance depending on the current season.

That being said, there are four seasons, so Deerling has four forms – Spring, Summer, Autumn and Winter, and each form spawns during a specific month.

Here is how Deerling looks in each season.

The miners had a rough night, so make sure to leave them an upvote for the amazing job they’re doing. 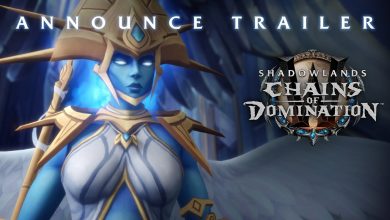