After today’s Fortnite v12.61 update, data miners have been diving through the files after the update landed, and not much has been found. But there’s something important, Fortnite has received new cosmetics, among which one is very important in the eyes of the upcoming Doomsday event. Let’s see why.

A new skin has been leaked, called Cyclo. It looks like a time-traveling outfit, shaping some sort of an extraterrestrial appearance. First, the loading screen image that was found by Hypex, proves that it’s not a word about an outfit that’s outside of Fortnite’s atmosphere. Instead, the new outfit seems to be in Midas’ property.

New Loading Screen (possibly for the event, it doesn't have an ID)! pic.twitter.com/N0Kgl1fdIM

But, what more can we fetch from here? Midas is probably onto something, knowing that he has designed some sort of suit. Now, there’s no doubt you’ve already noticed the Midas’ reflection on the protective glass. But if you move your sight slightly more towards the right, you will notice a female character caught in the reflection too. That is most likely the female character, also appearing in the photo on Midas’ desk. Check the image below: 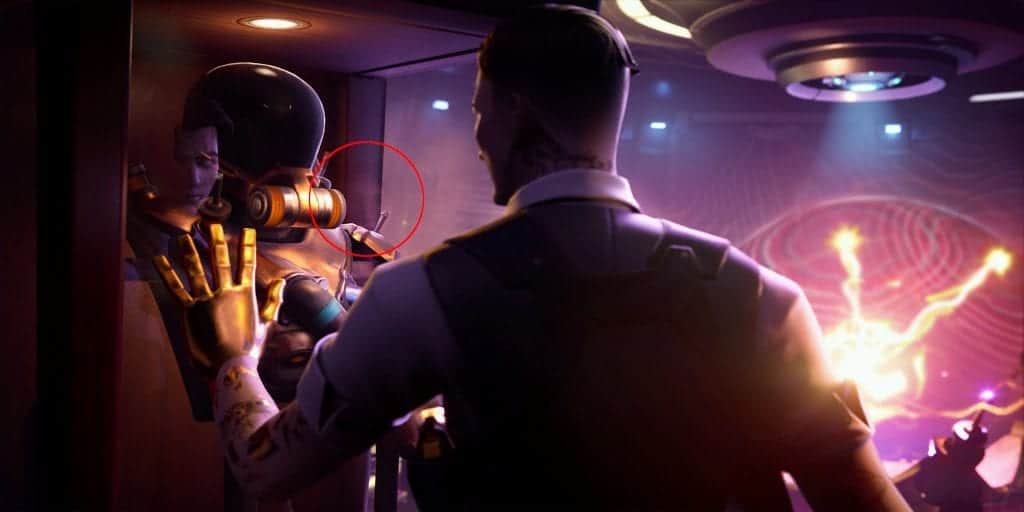 Her skills may have brought Midas to a weird idea that could put an end to the Fortnite island. Even though we have no clue what the event will be about, one thing is confirmed. The outfit presented on the loading screen above is confirmed to be an upcoming legendary outfit. Cyclo will be probably a part of the event itself.

It looks like the skin also contains a rebreather, and judging by it, the whole Fortnite Island might get flooded. But, we are about to discover that just like you, once the time arrives.