Do you remember Nine to Five’s first appearance at The Game Awards 2019? The one that got everyone excited about a new tactical shooter on the horizon? Well, that same Nine to Five is about to become a real-time job for the mercenaries (players) very soon. The developers at Redhill Games have just announced a Closed Alpha period, set to begin on June 4. Alongside that, they also published the first gameplay trailer, bringing an insight of the game to the public.

Nine to Five is somewhat a mesh of realistic and futuristic shooters. Two teams spawn onto a map having a variety of objectives. Each one of them operates with different gadgets spread across agents, and outsmarting the opponent would be the critical element.  Nine to Five is a tactical first-person shooter where smart teamwork triumphs over brute force and reflexes. In the game’s near-future world, it’s the corporations that rule, and being a mercenary for them is just another job.

With the Closed Alpha starting on June 4, the developers have noted that the sign-up for access to the closed alpha will be available until June 1. You can do that by visiting ninetofive.game. Being in an extremely early phase, the developers noted possible hiccups, who are going to be controlled based on player feedback. From June 4, the player feedback will further emphasize on Nine to Five’s development in the future. Agents, see you on June 4.

Nine to Five is slated to launch somewhere in 2020.

Hello, fellow readers! If you want to get in touch with us and participate in our discussion boards, make sure you visit our Forums. We are more than sure you will find something useful there! The forum is new, so be among the first ones to say Hello!
Tags
Nine To Five Redhill Games

Fortnite v12.61 Leaked Cyclo Outfit Ahead of the Doomsday Event 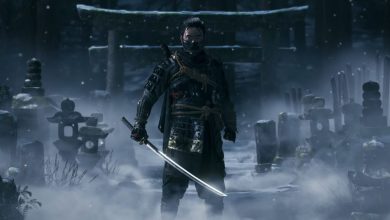