Epic Games is probably ready to welcome another superhero into Fortnite. This time, another character from Marvel’s rows, Captain America. Shortly after today’s Fortnite update, many people believed there’s nothing of significant value in it until data miners started finding surprising exceptions.

According to recent data mines in patch 13.20, several files have been added, among which Captain America’s skin can also be found. Furthermore, a more shallow proof by Epic Games was released, claiming the following:

A mighty arrival is coming to Item Shop this week. Stay tuned.

Based on the strings that imply on Captain America, everyone believes that it is the next superhero skin to be available in the item shop. The latest indication destines a release date on the 4th of July, which is only four days away.

What exactly has been found in the strings?

Some data miners have even managed to load the skin in-game, so they can confirm it’s indeed a word about Captain America. However, we’ll have to wait until July 4th and see if the skin arrives at the item shop. 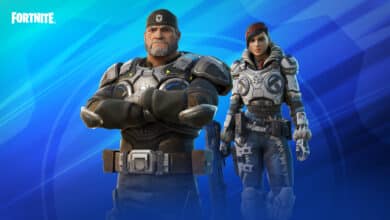 Fortnite is getting Gears of War’s Marcus Fenix and Kait Diaz, Items, Quests and more