We know how Cross-Play can be impactful in nowadays territories, especially when different platforms are being capable of running video games at the same performance level. Cross-Play connects a broader gaming horizon but also encourages and sustains friendship. Well, after years of existence, Electronic Arts has finally decided to delve into this feature, with Need For Speed Heat being the first title to receive Cross-Play support.

So far, Electronic Arts, as a publisher, hasn’t had a single game with Cross-Play enabled. Thanks to Criterion Games, Need For Speed Heat will be the first game from EA’s lineup to include Cross-Play. Need For Speed Heat’s Cross-Play feature will support PlayStation 4, PC, and Xbox One users to enjoy this “speeding franchise” together.

According to Matt Webster, the General Manager of Criterion Games:

Once you’ve installed the update (including some other fixes, too), you can opt in to race players across PC, PlayStation®4, and Xbox One. You can search for your friends who are playing on any of the above systems, given they’ve opted in for cross-play as well, inside the Find Players menu. Then, go to the new EA Friends tab in the Party Menu to see who’s online to play with.

You can search for friends in the Find Players menu. Head over to the Party Menu and check the new EA Friends tab to see who’s online across all platforms. In order to create a party and invite them to your game, they naturally need to opt-in for cross-play as well.

In the game, you will see icons next to players’ names, indicating which platform they’re playing on, and you can use the proximity voice chat to talk to them.

The PlayStation 4 and PC support are already here, while the Xbox One Cross-Play support will arrive a day later, on June 9. Steam is also included in the feature, which has recently added a number of EA games which among which NFS: Heat was also present. As a commemoration of the revived partnership between EA and Valve, later this year, EA Access will also become available on Steam (including tons of games for a subscription fee).

Hello, fellow readers! If you want to get in touch with us and participate in our discussion boards, make sure you visit our Forums. We are more than sure you will find something useful there! The forum is new, so be among the first ones to say Hello!
Tags
Criterion Games Electronic Arts Ghost Games Need For Speed: Heat 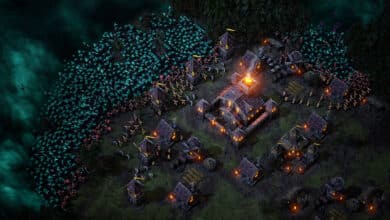