Aside from Xbox’s Series X patent, Microsoft seems to have filed a new trademark. This could be a proof of additional next-gen Xbox consoles distinct from the Series X. It could also be a confirmation of alleged reports regarding Xbox Lockhart. For those unfamiliar, Xbox Lockhart is supposed to be a cheaper variant of Xbox’s next-gen console.

The new trademark has no X at the end, which indeed proves the possibility of an additional Xbox variant. There’s no other vital explanation, rather than just assumption. So far, Microsoft hasn’t revealed anything in detail, not a slice about a possibility of a cheaper version such as Lockhart.

Below you can find the trademark registered by Microsoft. 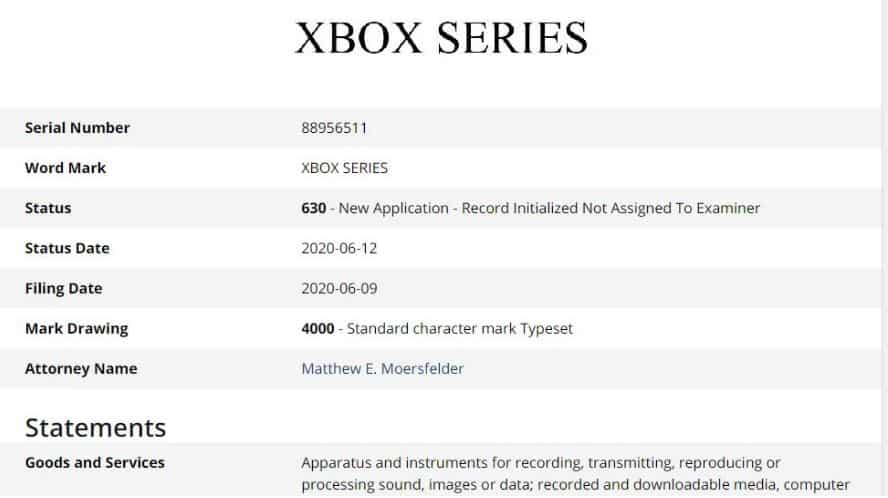 Lockhart and its cheaper variant may satisfy consumer needs, but would it be powerful enough to sustain what the Series X could? Patience is a virtue, and we’ll have to wait a little bit longer to see if Microsoft reveals the Lockhart variant throughout this summer. At least, that’s what the rumors point to.

Hello, fellow readers! If you want to get in touch with us and participate in our discussion boards, make sure you visit our Forums. We are more than sure you will find something useful there, as most of the news are coming in there first. The forum is new, so be among the first ones to say Hello!
Tags
microsoft xbox Xbox Lockhart Xbox Series X

Festival Of The Lost Destiny Rise Of Iron’s Halloween Event