The video game studio Asobo Studio that has gotten more recognition in the past year with the game “A Plague Tale: Innocence” has been making a flight simulator “Microsoft Flight Simulator.”

The highly anticipated flight simulator will be coming in three different editions. The standard and the cheapest one is £59.99/$75.70, which includes 30 hand-crafted airports and 20 “highly detailed planes with unique flight models. Next is the deluxe edition and the midrange between the three editions which is £79.99/$100.94, it includes everything that the standard edition brings with plus five handcrafted international airports and five highly accurate planes with unique flight models. Lastly, the premium deluxe edition the priciest of all the editions is £109.99/$138.80 and includes the same as the standard edition with plus ten handcrafted international airports and ten highly accurate planes with unique flight models.

Here is the list of all airports and airplanes available with the Standard, Deluxe and Premium edition: 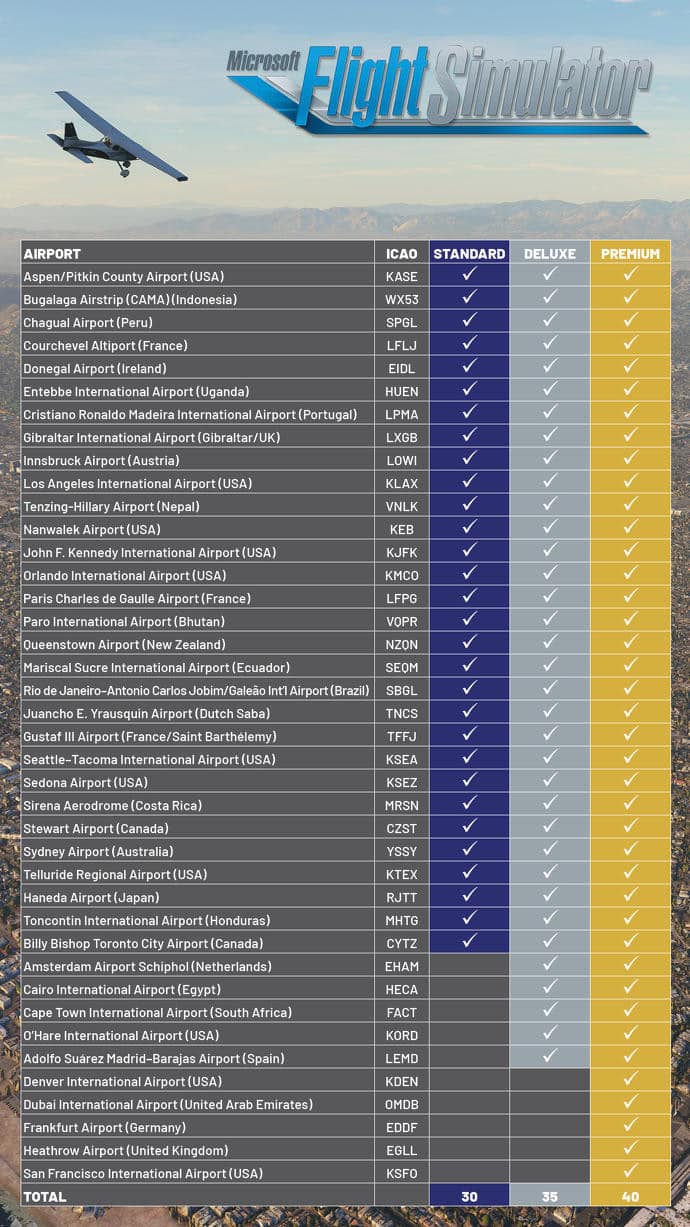 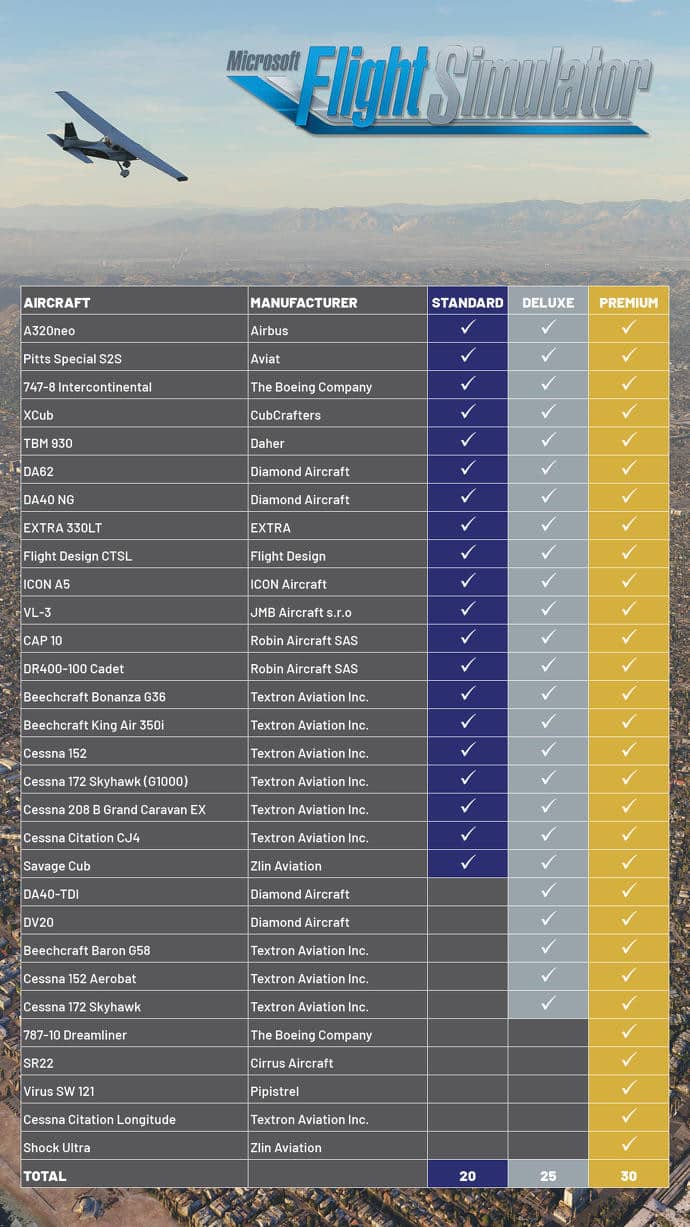