Escape From Tarkov’s Raid Movie series kicked off with its first episode on Match 2019. Until yesterday, only three episodes of the Raid series have been published. Now that the fourth episode is here, we can see a close and intense battle between USEC and BEAR military service, for later to become a calm affiliation between two of the PMCs.

While this may talk about the real players in EFT, it surely proves the fact that not all of them are cruel. The friendship between Raiders and Bears can sustain, even if that is merely successful or only 1 Raid. It is enjoyable while it lasts, you know?

Scavs didn’t miss the chance to make an appearance. It seems that they’re driven to noise, especially to a gun sound. Their eagerness to bear and tackle down a fugitive of significant and devastating combat is not over, even if they chase their target to the end of the world. Fighting for the scraps left of Tarkov, the Scavs are chasing the BEAR agent into a twist of event. After they teamed up, it didn’t end well for the Scavs, not at all.

At the end of the episode, we can see a trader being involved in the series for the first time. The BEAR PMC wants to trade him a Terragroup item in exchange for a Tarkov ticket. Does he refer to Labs Keycard so he can gain himself access to the Laboratory? Oh man, does he know it’s a one time only??? After he’s forced out of the retail store, he’s being told to go to the radar in 2 hours.

The Raid series will probably contain a couple more episodes before it gets to a conclusion., simply because it’s far away from representing its original story. There’s a lot more to be told. Not only about the scary corporation that everyone’s gainst, but also the cults that are scheduled to arrive somewhere in the future. Enjoy watching the video above. 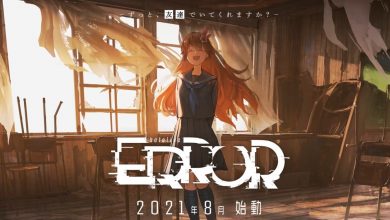